Introduction to 100 bullets, Vertigo Battlehorse! A comic by Brian Azzarello and Eduardo Risso

If you are into comics, you must have heard at some point the title 100 Bullets. This means one thing, it’s part of the comic hall of fame.

100 Bullets is a comic from Vertigo, of course. It isn’t a science fiction or supernatural comic. Could be labeled as a comic noir, for adults. Highly influenced by Raymond Chandler and Jim Thompson. The first issue appeared in 1999. The last one, the number 100, was published in 2009. 100 issues in 10 years by the same team, both great artists: Brian Azzarello and Eduardo Risso.  A clear example of what two talented artists can do if they have time and freedom. This duo that exploded in this series would delight us with several other collaborations that we will write about in another article.

Critics, public and awards accompanied the series almost from the beginning and even today the compilations sell very well. 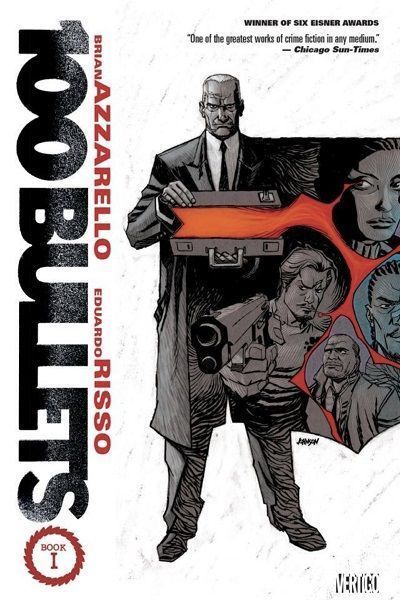 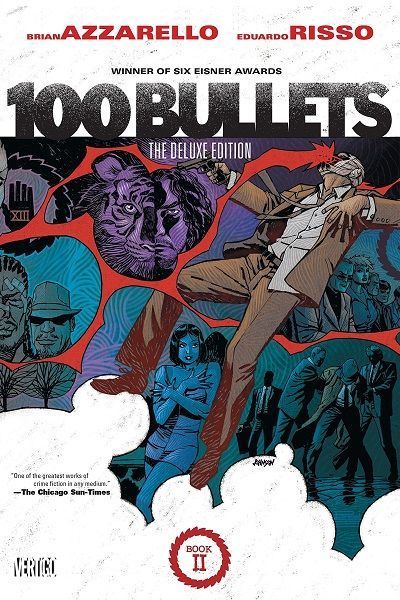 The story begins when Dizzy gets out of jail only to find his life destroyed. Her husband and son are dead. A mysterious man called Graves appears and offers her the opportunity to revenge his family. A case with bullets that can’t be traced and a clue that leads to dirty cops.  Who is this mysterious man that delivers a case with untraceable bullets to damaged people, so they can get their revenge?

The stories that  are presented are very strong, sordid, melancholic. We soon realize that these stories of revenge conform a deeper plot. A war between Mafias, in which all characters have a shared past and they all have betrayed or have been betrayed by someone else. The stories and the characters are perfectly built. You get immersed in a second in a war between The Trust of the 13 families that rule the world and the Agent Graves.

We are not short in surprises along the way. Some people die prematurely, other people that thought were good end up being bad. Azzarello develops the characters masterfully, showing a mosaic of local accents and gestures. We don’t have saint and pristine characters, everyone is dirty with mud in a way that you end up having doubts which side you should take in the different conflicts that are presented.  The plot progresses very slowly. We have extensive sequences of dialogues usually set in bars and restaurants. Risso, for having reference material, would draw in his sketchbook every bar he visited, to be later used in the comic. 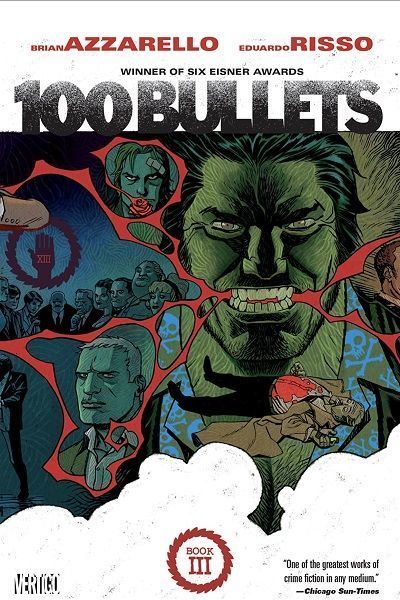 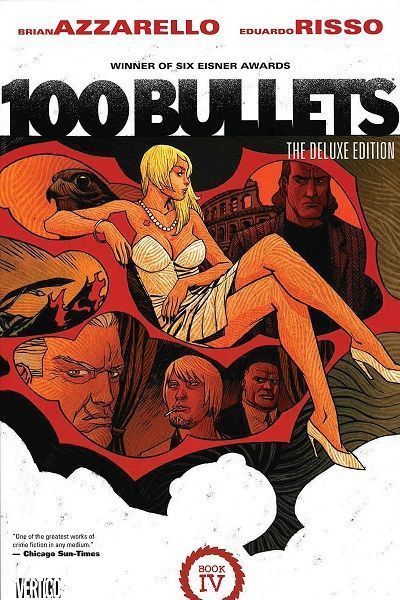 The series has a high density of panels per page. At the same time, the dimension of the vignettes is usually uneven and apparently disordered, while the structure rarely repeats itself. Also, it is frequent the use of a static drawing in the background that occupies the entire page (super vignette or super panel ) and of which a single scene that is usually off center stands out, leaving the smaller panels to impose. Risso masterfully uses chiaroscuro, using warm colors and flat inks. This creates a tenebrous atmosphere that immerse the reader in the word of crime, jazz and alcohol. Throughout the series we have many times where we can see in full display the skills of Eduardo Risso and see how it manages to merge with the script in such a way, delivering shocking scenes that leaves you with your eyes wide open. 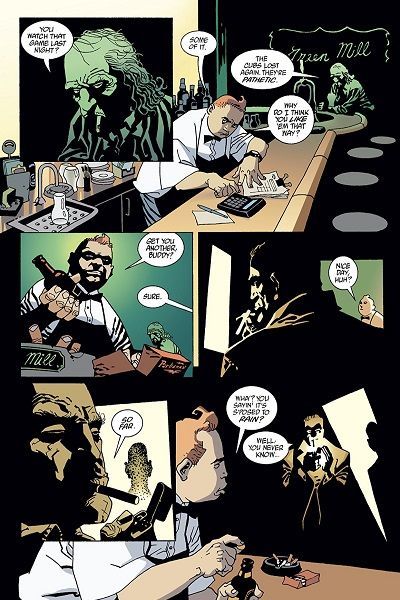 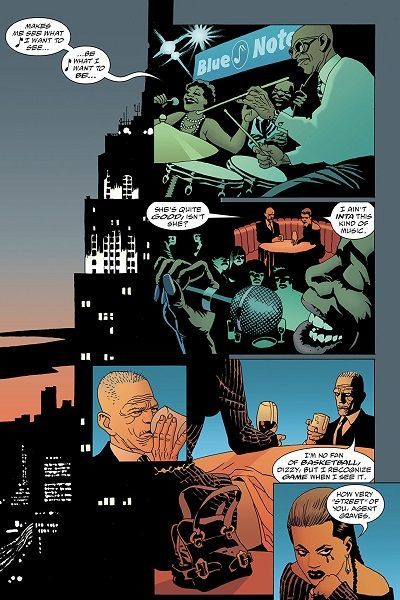 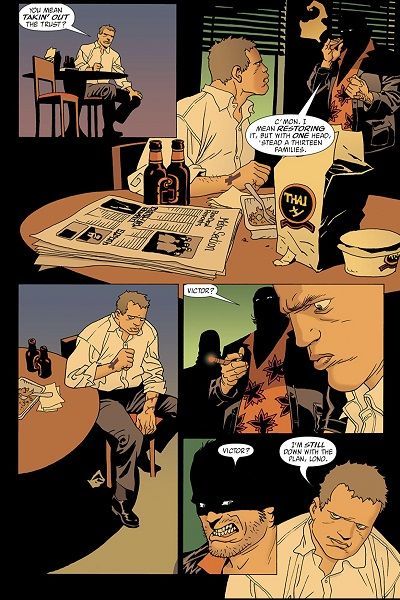 In the script made by Azzarello, everything is ambiguous and dark. We have many flashbacks and is hard to tell when a character is lying. The script is full of clues and subtleties, so you need to pay full attention to details. Azzarello said that the idea came up when they bumped with a driver that was driving recklessly. He was with his colleague Sung Koo. Brian was pissed off and Sung Koo ask him if he would kill the driver if he could walk free from it. The talk soon evolved to what we know as 100 bullets.

The comic rises some moral questions. What stop us from killing? The fear to be punished? 100 Bullets is a landmark of the ninth art, with dozens of characters, sharp dialogues, conspiracies, betrayals, corruption and blood.

The story is collected in 5 massive TPBs and 5 deluxe editions.  The best way to dig into it is buying the TPBs, each one of them has an average of 400 pages and a price of around $20.

What else do you need to buy it now!!?