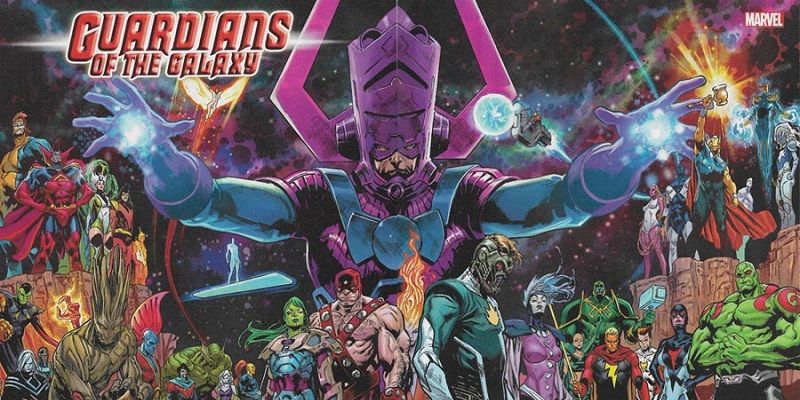 In December, Marvel launches a new regular series, Miles Morales, Spider-Man. The team behind the series is Saladin Ahmed, an important writer in the American mainstream, and Javier Garrón behind the pencils. This will be the first time we see a new Miles Morales series where is not involved Brian Michael Bendis, who is writing Superman at DC comics.
2 Batman and the outsiders

Dc will release in December a new regular series based in an 80s idea, Batman and the Outsiders, sounds familiar? Written by Bryan Edward Hill and art of Dexter Soy. Let’s hope Hill delivers the same quality he showed in other works and that granted him in a short time a big number of fans.

Dynamite will publish in November the graphic novel Red Sonja: The Ballad of the Red Godess. A new story of 88 pages, published in hardcover with non-other than Roy Thomas and the Spanish artist Esteban Maroto. Illustrated in white, black and red, the plot is about the origin of Sonja and revolves around the search for eternal youth.

Image will publish The Terrible Elisabeth Dumn Against the Devils in Suits, a work by Arabson , translated by James Robinson. This one-shot has 64 pages, the story is about Elisabeth Dumn, a rebellious girl, determined to make her own destiny. The problem is that a long time ago his father promised her as a wife to the Devil, and he comes to claim what he deserves.

5 New Guardians of the Galaxy  series

Screenwriter Donny Cates and cartoonist Geoff Shaw will be responsible for launching the new regular series of Guardians of the Galaxy that begins in January. The first story arc is titled "Endgame".  Cates will form a totally new Guardian team, and he's going to play around Thanos's last will.  If you are a fan of Marvel cosmic universe, you can’t miss it.