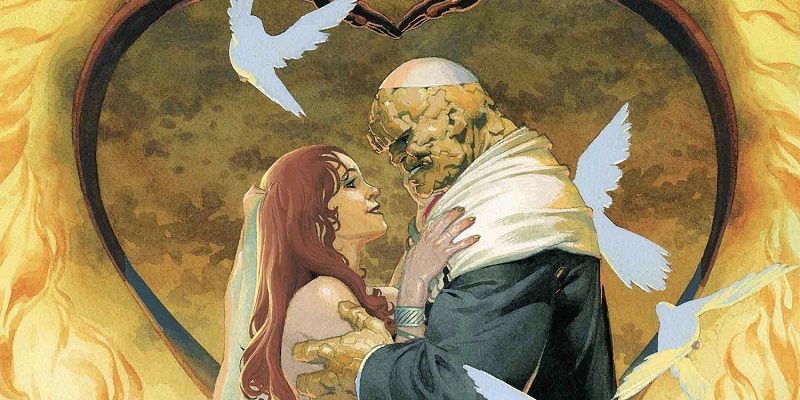 Norman Keith Breyfogle, died on Monday, September 24, in Houghton, Michigan. Breyfogle was born on February 27, 1960 and worked professionally since 1980. His breakthrough came in 1987, when he teamed with Alan Grant in Detective Comics.

In 2014, Breyfogle suffered a stroke that paralyzed the left side of his body. After this abrupt end to his artistic production, Breyfogle's health deteriorated until his death.

If you ever read a comic book of his, you will know that Breyfogle was one of those geniuses able to dazzle with the passion, vertigo and magic that he put into each job.
2 The death of DD

Charles Soule, the screenwriter who killed Wolverine, starts his last story arc in October on the Daredevil series. Four episodes with the title "The Death of Daredevil."  The saga will be between the numbers 609 and 612,  and will feature drawings of the always attractive Phil Noto.

Will it be a true death for the long-lived Matt Murdock? It is unlikely, but very well synchronized with the debut of the third season of the Netflix series, which is scheduled two days after the appearance of the Daredevil No. 609 and that, as always happens, will significantly increase the visibility of the character.

IDW announced a five-episode miniseries entitled Rocketeer Reborn for December, with the return of the glorious character created in 1982 by Dave Stevens. The miniseries will be written by Pierre Colinet and Elsa Charretier and will feature drawings by Javier Pulido.

The plot is set in the present, 80 years after the original adventures of Cliff Secord, the first Rocketeer, whose feats were forgotten, reduced to mere urban legends. However, someone will find the jetpack and a new race between good and bad will be unleashed to see who gets his hands on him.

The number 5 of the new series of Fantastic Four will have  64 pages where Dan Slott teams up with three guest cartoonists: Aaron Kuder, Adam Hughes and Michael Allred. The story is the marriage of Ben Grimm and Alicia Masters. It includes short stories about the courtship of Ben and Alicia, Ben's bachelor party that only Johnny Storm could organize and a very special ceremony.

The first maxiseries of 12 issues will feature Martian Manhunter, by screenwriter Steve Orlando and cartoonist Riley Rossmo. The idea is to reinvent the Martian. On Mars, J'onn is the most corrupt policeman we can imagine.

The other 12-number maxiseries takes us to the X-Earth, where the Nazis won the Second World War and the superheroes continue to resist the Third Reich. Robert Venditti teams up with Eddy Barrows to bring us to the X-Earth of 2018 and tell us the adventures of the Freedom Fighters: Black Condor, Human Bomb, Doll Woman and Phantom Lady, all in new versions that we never saw . The only one that would appear to be missing is Uncle Sam.