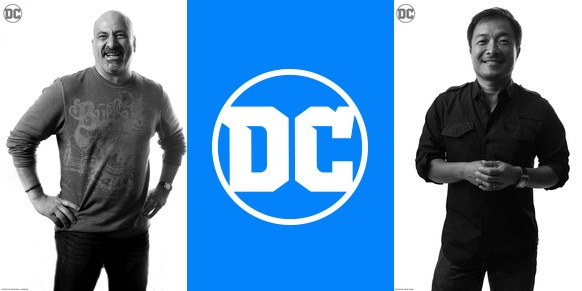 Since the dawn of the age of comics, the industry is in peril. Nowadays, comics need to fight against, movies and internet 24/7, playstations / xbox /etc  with a 4h marathon at minimum to make any progress on a game. In this scenario, when does a child has a moment to read a comic?

Kids don’t read comics now. Adults do. But we need to get back to the foundations, the heart of the superheroes, the childs. And that’s why the agreement between DC with Wall-Mart is excellent. The retailers that were mad about it, I believe were a little short-sighted and couldn’t foresee the repercussions of this.

Everything leads to these questions: When / Where / By Whom were you infected with the Comic Virus?( I was thinking of naming it K virus because of Kirby and the ink..but the K virus already exists . See here ) Maybe an uncle or a friend gave you your first comic (as unforgettable as your first kiss) , or a Saturday cartoon was so good and exciting and full of action that made you to want more of that? The sources of infections are many but what it is for sure is that the Comic Virus is infected when the person is young, between 7 to 12 years old. And there is no cure. Should you be worried that your kid gets infected with it?  Absolutely not! Is the most amazing thing you could ever have! The most common symptom is very clear: Eager to read every damn comic book you can reach and the urge to collect them all.

Is a funny thing that once you have grown up, is impossible to get infected even when you are exposed to high quality material like Watchmen. I have given Watchmen / Kingdome Come and I even tried with non-heroic genre graphic novels to several friends that were not infected and the overall answer was ” yes is good, but it didn’t make me want to read more of this”.  People may love superhero cartoons, superhero movies but at the same never picked up a comic to read. The reason is clear, they were never infected with the comic virus at early age. Plain and simple.

When we think everything is lost, DC makes a bold move and make it available for every child to grab a comic in Wall-Mart and I can assure you, the bond will be made forever. They will get infected. It’ s a long-term strategy.  A child doesn’t care if they don’t know the background story of Batman, who is Nightwing or the Mad Hatter. That will come later in the journey. They will see the drawings, the splash page, the action, the colors and that’s all they will need. They will get infected for life.

And this is why I believe Dan Didio and Jim Lee saved the entire comic industry. To you, my most sincere gratitudes.