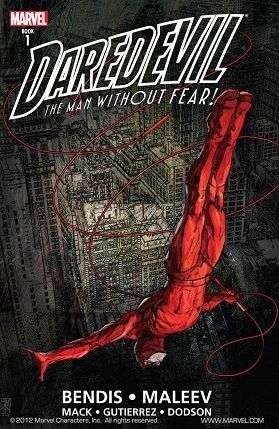 Daredevil By Bendis and Maleec - Ultimate Collection - Volume 1 collects DD #16 -19 and #26 - #40. Is the first out of three massive TPBs that collect the whole run of this duo.

About Brian Michael Bendis, little or nothing new can be said by now. It is, without a doubt, the clearest example of rock star screenwriter that in these millennia emerged on the US.

As for Alex Maleev, he is one of the best artists in the current comic scene. This talented Bulgarian got his opportunity in American market in 1996. The recognition of his art would arrive with DD. 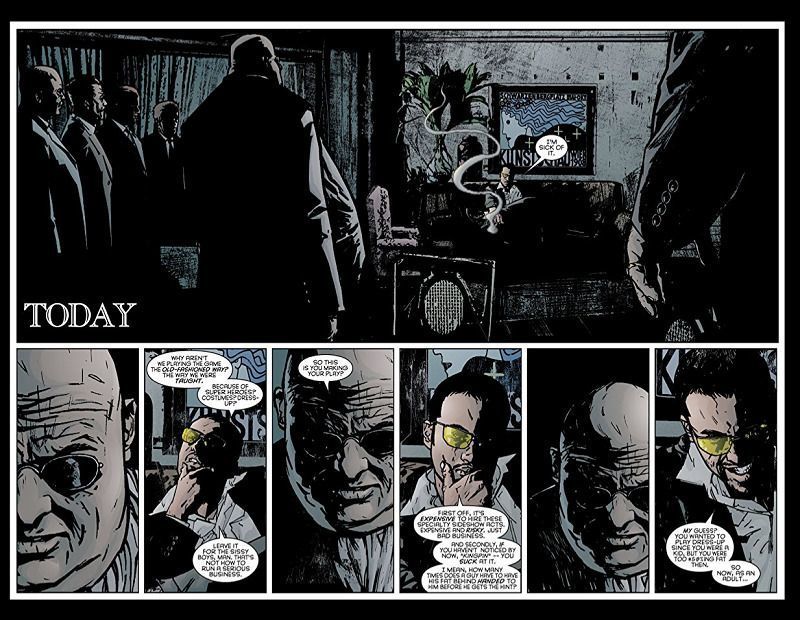 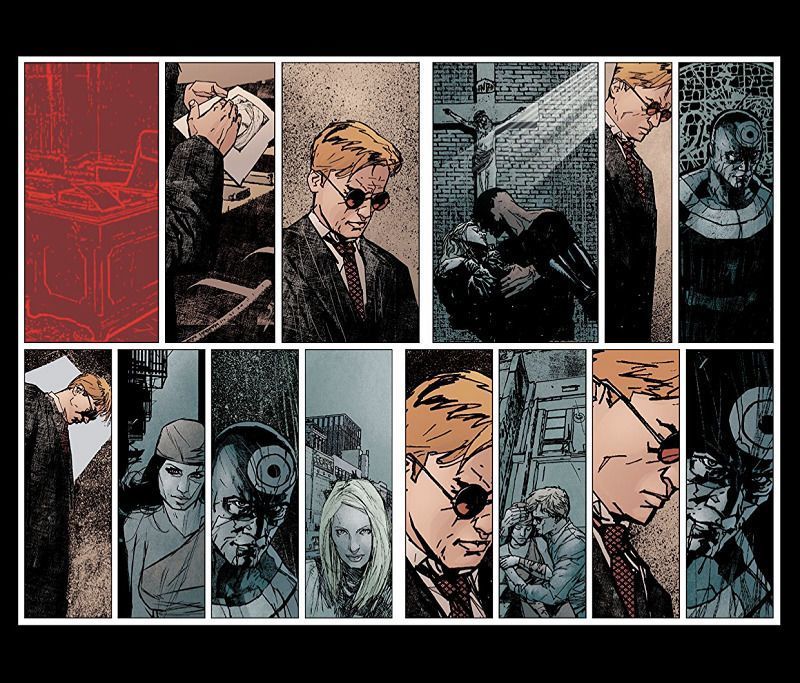 Daredevil, the superhero of this TPB we are about to review, is a character with plain luck. It happens very often that appears an author who understands a character perfectly and who dares to challenge certain internal logic of the character. Showing off its best virtues, this creative team has catapulted Daredevil to levels of popularity and quality comparable only to the mythical runs of the character, such as those of Frank Miller or Ann Nocenti and John Romita Jr.

Brian Michael Bendis was assigned as the main scriptwriter of Daredevil in 2001. When he disembarked (along with the prodigious Bulgarian Alex Maleev) he made a priority to deconstruct and make more reasonable and credible the relationship between DD and the Kingpin. Because, the situation was already too bizarre. The Kingpin knew the identity of Matt and did not want to kill him for the debt of honor incurred when DD saved his wife Vanessa from death, while both Matt and his hooded alter ego spent 24 hours a day ruining the Kingpin’s dirty business.

Moving in their favorite terrain (Noir), Bendis dissects the world of the mafia, the underworld of New York, and goes into the offices of the FBI. We are quickly into almost a Shakespearean tragedy, with the betrayal suffered by the "Little King" of Crime, it’s fall and subsequent resurgence, and shows us a violent Matt Murdock, hard, worried, overwhelmed, and determined to rule his neighborhood.

Bendis plays a genre that he knows perfectly, using skillful dialogues in a frightening  atmosphere, that Maleev creates in his drawings. Maleev knows how to exploit the action when the script requires it, with dark climates and a tight narrative. There is a certain excess of photos, but there are also many sequences 100% drawn, and in many of them Maleev has a simpler style, much more expressive, which the great Matt Hollingsworth accompanies with an amazing and versatile color palette. Between the two they achieve a dark DD, dangerous, credible, shocking and at times disturbing.

One of the greatest achievements of this team is to show Daredevil that arises from the darkness, which makes use of the symbolic connotations implied by its disguise. DD goes down from the rooftops of New York to the streets, using more violent, forceful and direct means to straighten his lives, recover his identity, and to impose respect among the bad guys in the Big Apple. 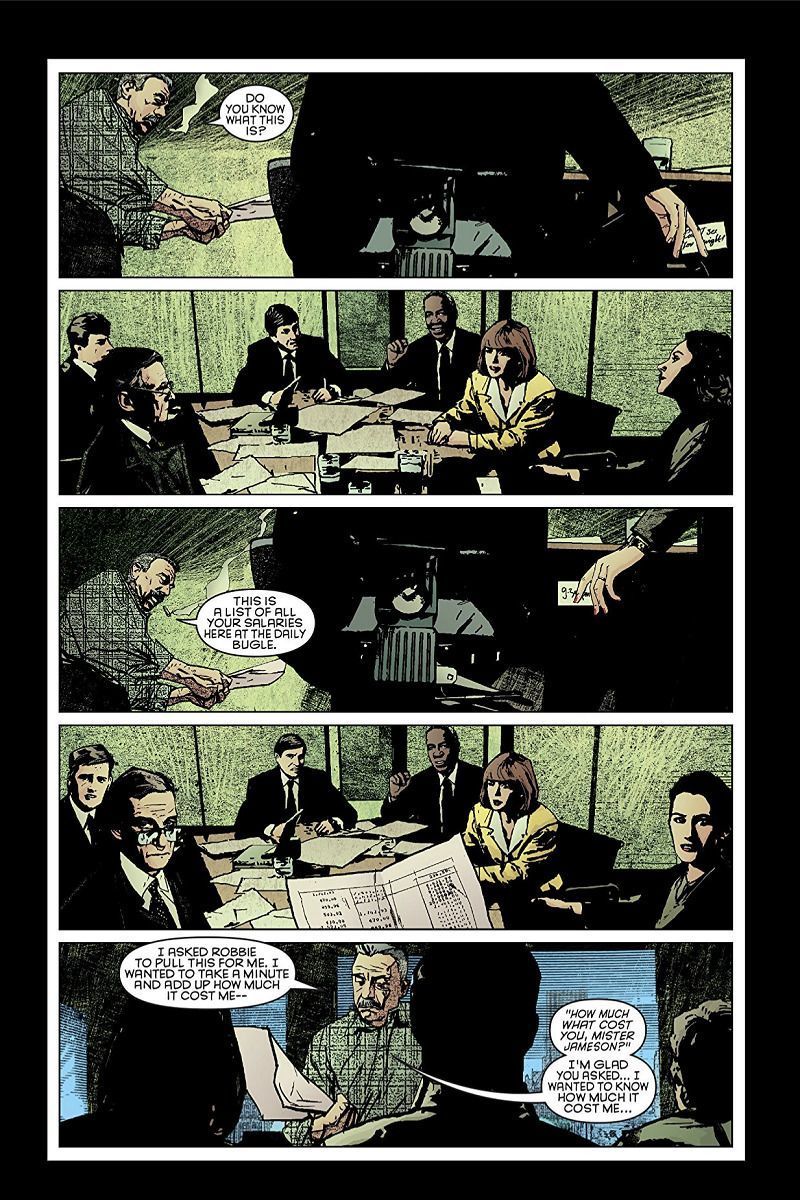 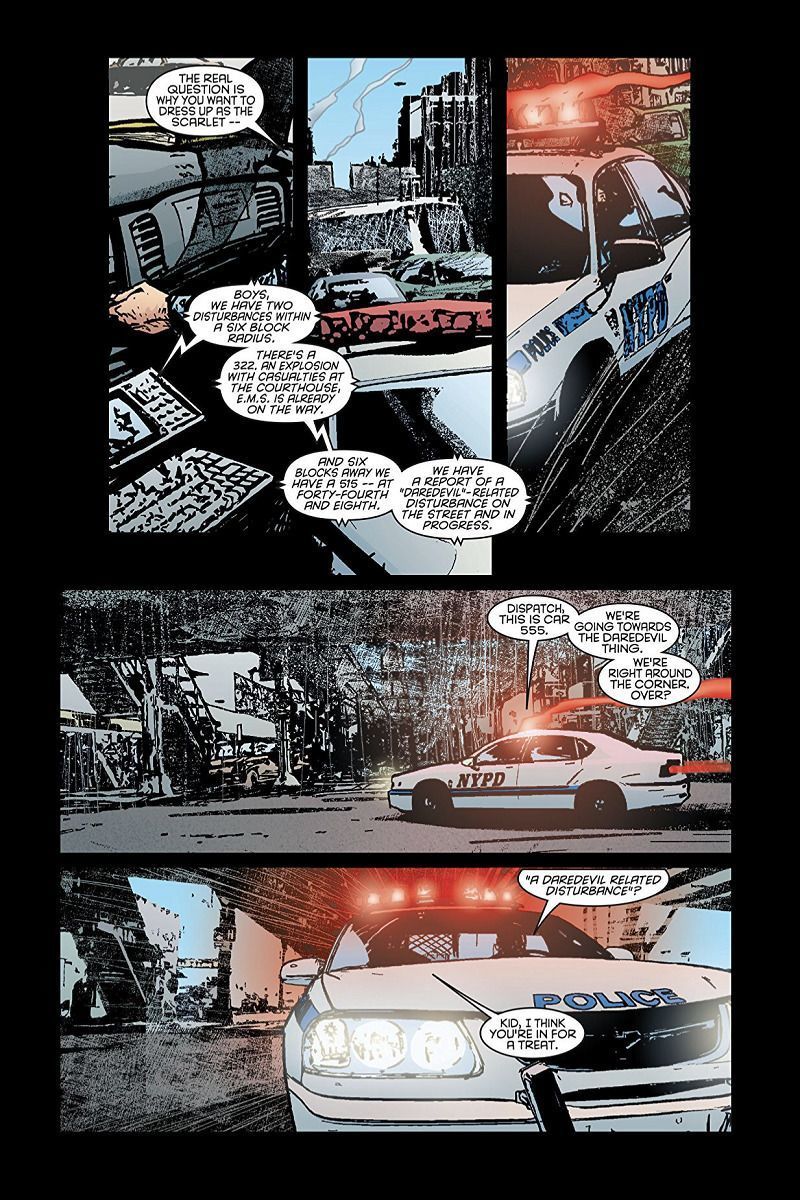 About the TPB, is mainly Bendis and Maleev but let's not forget that in the first story arc we have Dave Mack in the art section. In this story DD practically does not appear, and the main character is the journalist Ben Urich, who has anthological dialogues with J. Jonah Jameson. 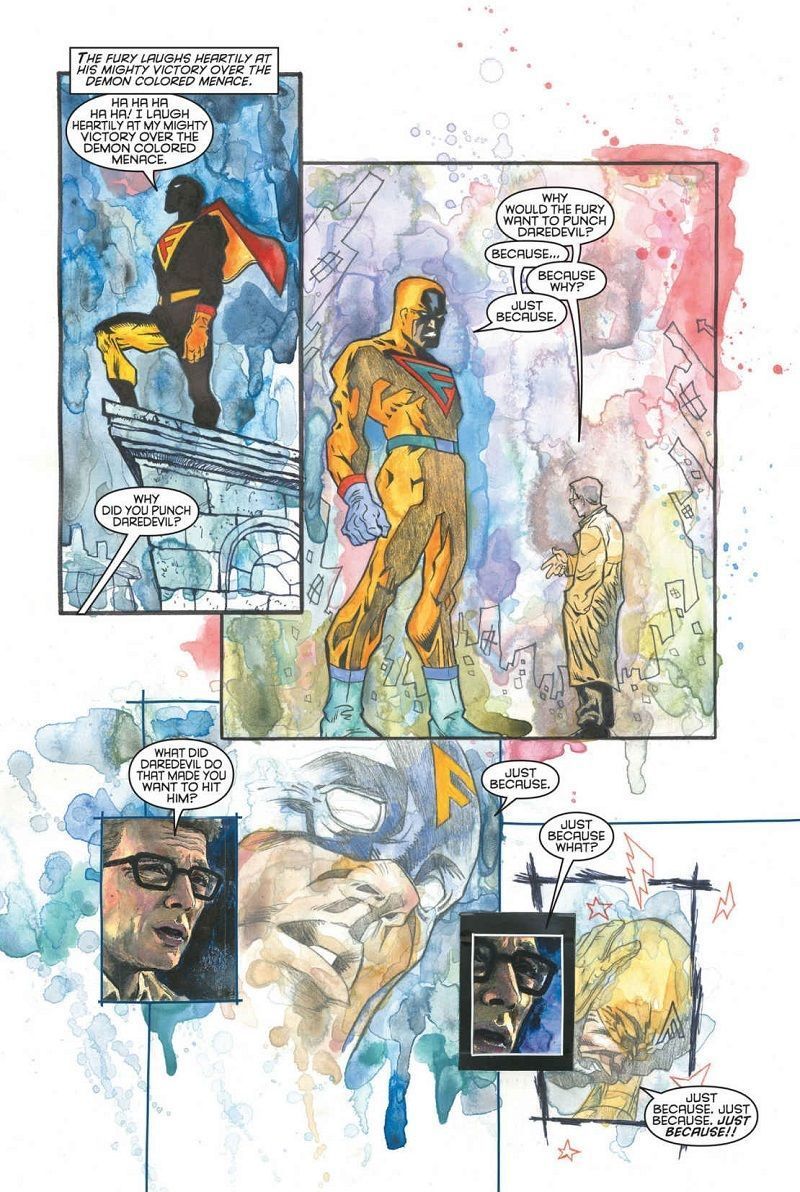 In his journey through the collection, Bendis incorporates characters of his own creation, such as Sammy Silke or Milla Donovan and recovers others such as Kingpin, Richard Fisk, Vanessa, Bullseye or Maria Typhoid, not hesitating at the time to appeal to illustrious guests such as Elektra, Spiderman, Luke Cage, Jessica Jones or The Black Widow, and of course, the everlasting Foggy Nelson and Ben Urich, acting as advisors, cover-ups and, above all, friends of Matt.

This TPB is a must have for every comic fan.