Fables is an excellent series by Vertigo, created by then little-known screenwriter Bill Willingham. In Fables, the protagonists are famous characters taken from children's literature or popular legends, without copy right. These characters, have adventures of different genres, in a series that, since its launch in July 2002, is one of the most successful in the history of Vertigo.

The characters live in exile in New York, in a street magically protected from intruders, among the 'mundane', as they call us, after a mysterious enemy called "The adversary" conquered their Homeland. Non-humanoid creatures, animals, giants or other monstrosities that fled their fantastic kingdoms are housed in a farm on the outskirts. The building where the protagonists live is known as Fabletown, located in Manhattan's Upper West Side.  Among its inhabitants we have:

The Big Bad Wolf: The bad guy from Little Red Riding Hood and the three little pigs, now calls himself Bigby and holds the position of Chief of Security. He lives in Fabletown because he became a werewolf and can change to human form.

Snow White:  She is the assistant major and real power behind the throne.

Rose Red: she is Snow White’s sister and ex-girlfriend of Jack Horner. For years she was the opposite face to the seriousness of her sister.

Cinderella: She is the owner of the shoe store "The Slippery Crystal".She secretly works for the Sheriff as one of his off-the-record spies

Prince Charming: He was married to Snow White, Sleeping Beauty and Cinderella, and cheated  them all.  This handsome playboy is a pathological womanizer, an a liar.

Beauty and the Beast: They are a couple, married for thousands years, who must work for minimum wages and face Beast transformations according to Bella's mood with the constant fear to be relocated in the farm.

Jack of the Tales (or Jack Horner): He is the protagonist of many popular stories in which a Jack appears, is brave and spends his time plotting scams to seize money, although he is not 'bad' and will become the protagonist of his own Title.

Boy Blue:  He took part in the battle for the Last Castle where he met and became in love with Little Red Riding Hood. Besides his trumpet, this unusual 'Boy' is the possessor of the Enchanted Cape and the Vorpal Sword, which made him an intrepid spy, although his destiny will be tragic.

Frau Totenkinder:  She is the leader of the magicians of FableTown.Her outward appearance as a rather frail old woman masks the fact that she is one of the most powerful Fables to have escaped the Homelands . Her name in German means "the one who kills children", famous for the spells of Beast and Prince Toad among others.

Briar Rose: Better known as Sleeping Beauty, was the second wife of Prince Charming and shortly after arriving in New York won fortunes in the Stock Exchange. She still is cursed and the slightest prick of her finger will cause her to fall asleep.

We have many more characters, like Pinocchio, Mowgli, Aladdin. The list is big, but I believe that you get the idea of the comic.

The artistic team  in charge of Fables are mainly Mark Buckingham as the penciller and James Jean as the cover artist ( He won six Eisners for best cover artist).
Fables, won more than twelve Eisner awards, three Harveys and even a nomination for a Hugo. Fables finished in 2015, in the issue # 150. It is collected in none other than 22 TPBs and 15 Deluxe editions!

If you haven’t read anything from Fables, the first two TPBs is the best way to start: 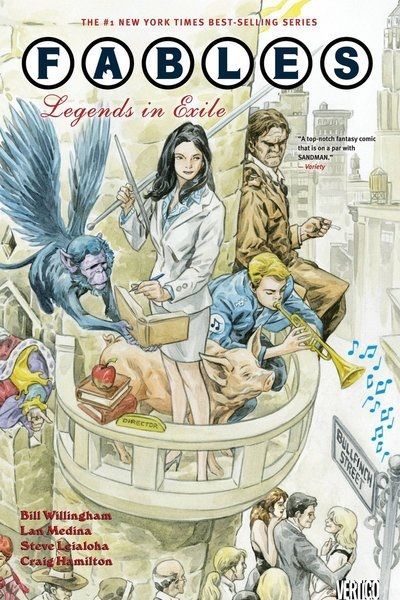 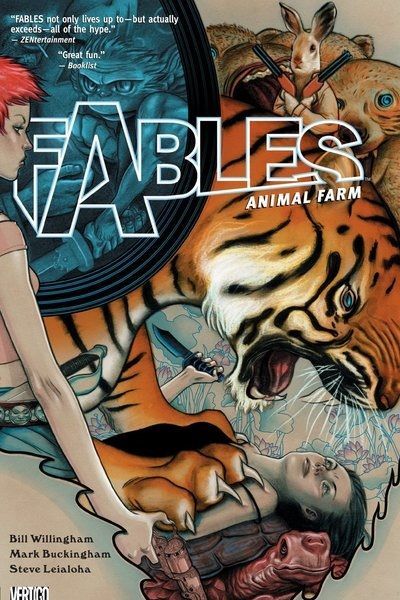 Thanks to Willingham, the great architect behind Fables, this series became a pillar of Vertigo, with more than ten years of publication and several mini-series, pin-offs and one -shots, being the most important: 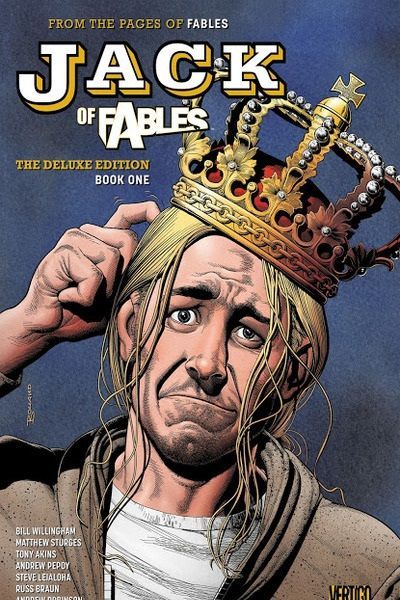 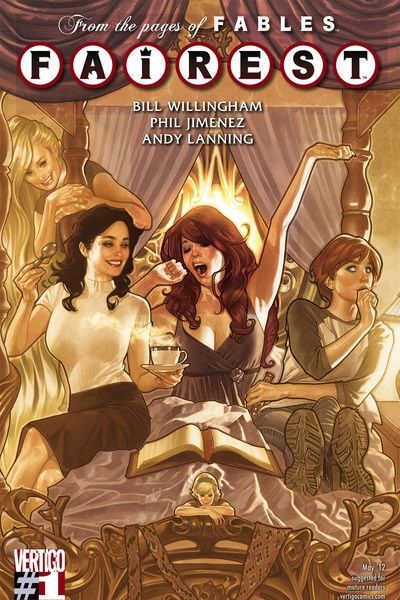 As you can see, this is less than a comic and more like a universe where all our forgotten childhood stories live (in case you are no longer a kid). Fables is a must have for a comic book fan.

I will continue introducing the different Vertigo series that set a milestone in the comic world!