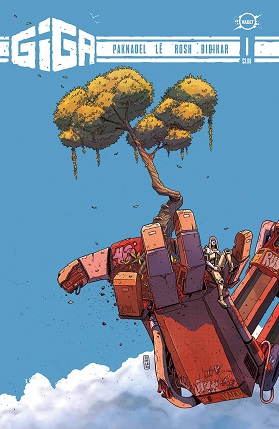 Nobody knows why the skyscraper-sized mechs known as 'Giga' fought their bitter, centuries' long war. All they know is that when the fighting finally stopped, the dormant Giga became humanity's new habitat and new gods in one. When disgraced engineer Evan Calhoun finds an apparently murdered Giga, his society and the fascistic tech-centered religious order that controls it are rapidly thrown into chaos. 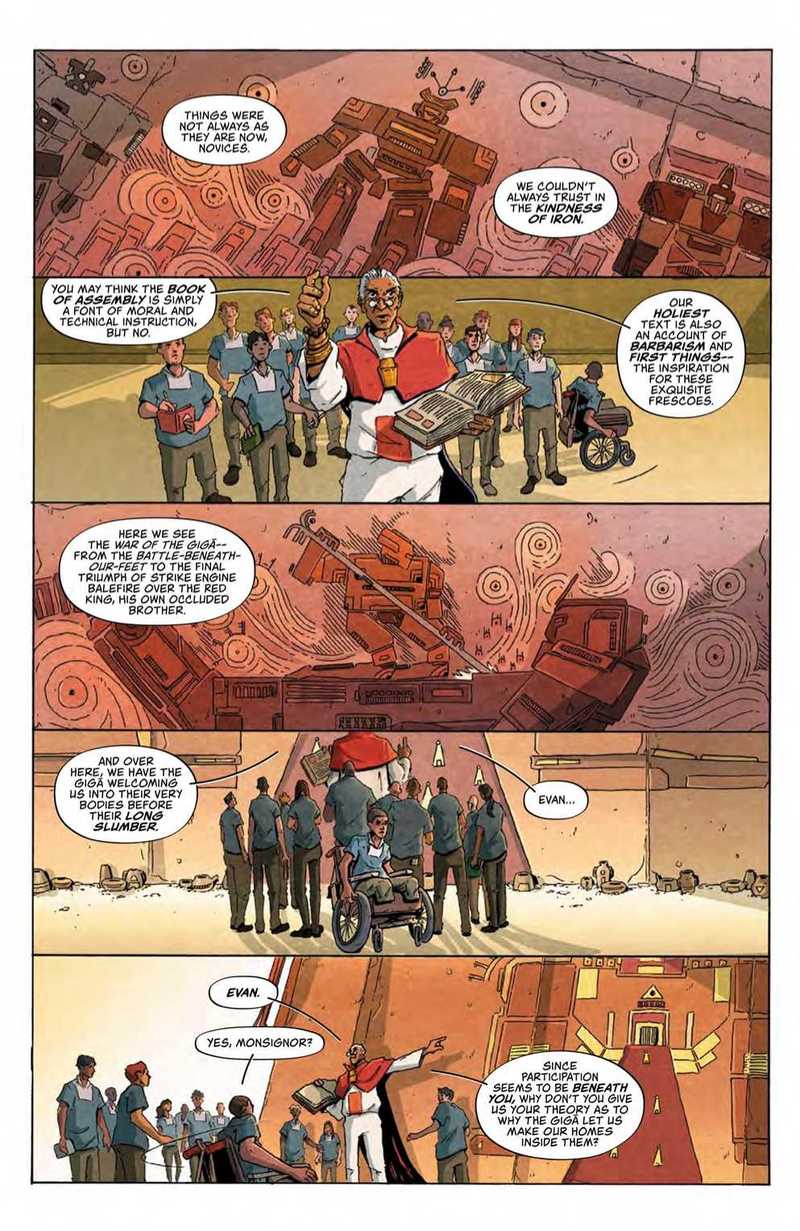 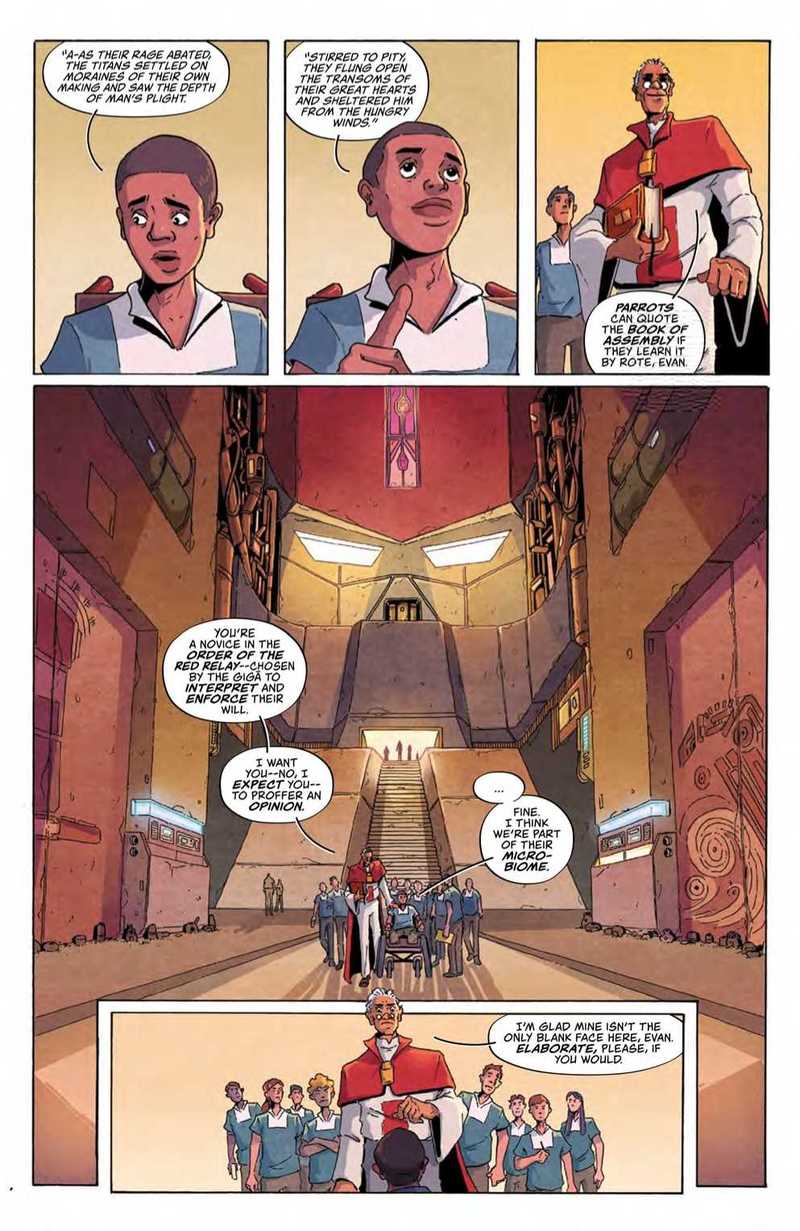 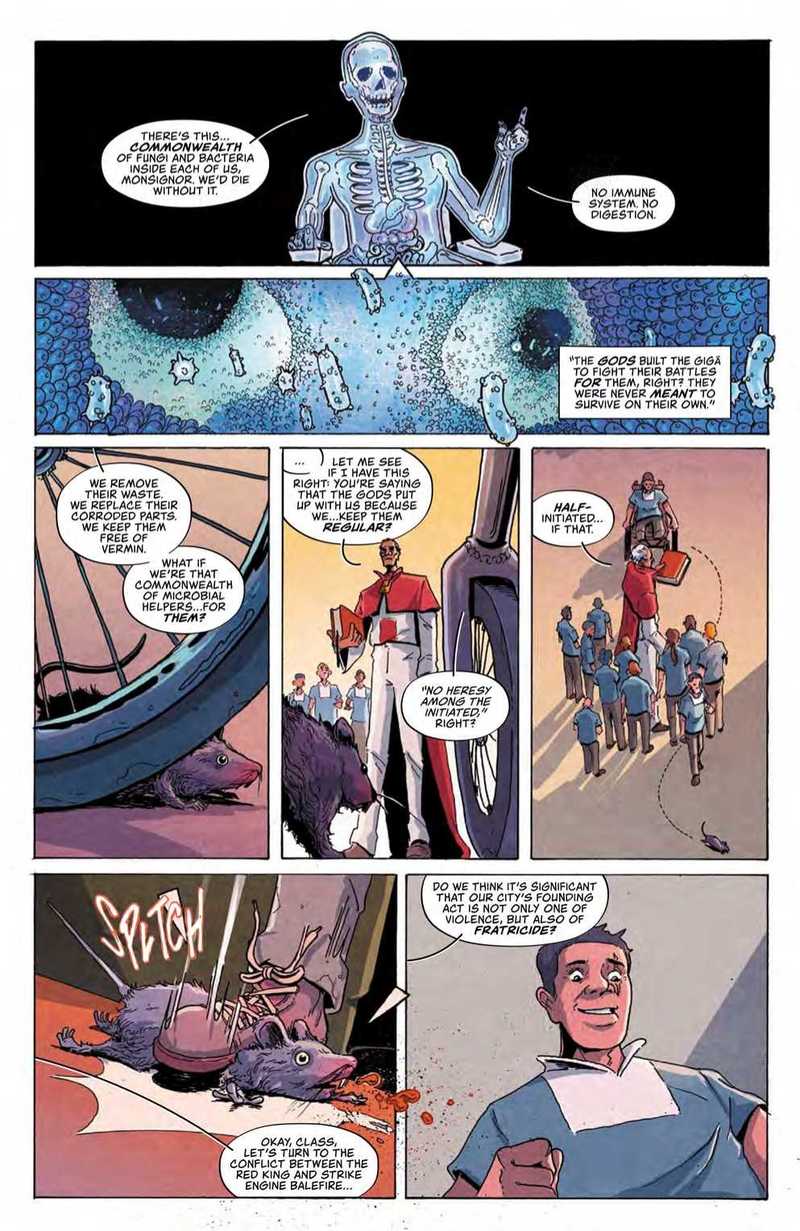 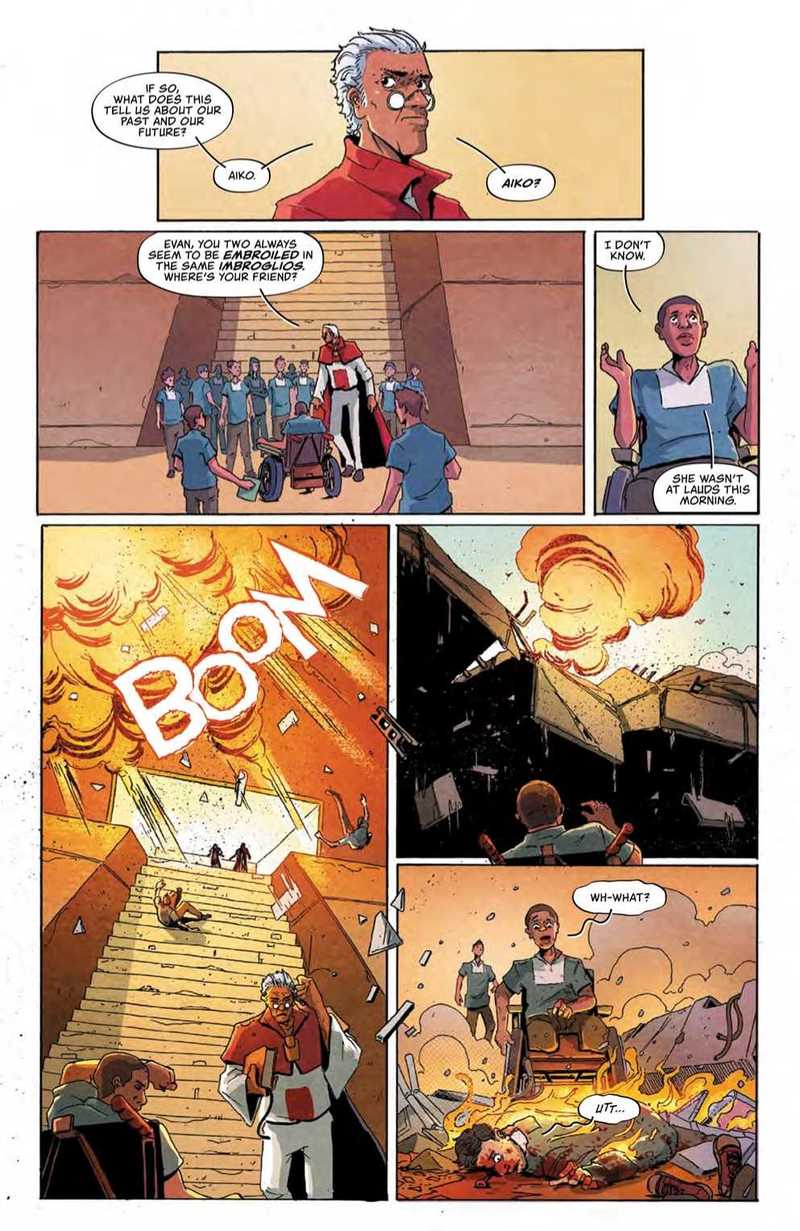 All images courtesy of Vault comics