Marvel created a special comic to raise money for the people in need.

Following the example of Michael Jackson and Lionel Ritchie with the song"We are the World", Marvel published a one-shot comic of 48 pages in 1985 with the objective of raising funds for the benefit of the most needy, called "X-Men Heroes for Hope". The idea came from Jim Shooter who was Editor in Chief at the time. It is to emphasize that at that time X-Men was Marvel's best seller having pretty much 60% of the market share.

Marvel put in the service of solidarity all his fire power. We have in scripts Stan Lee, Ann Nocenti, Chris Claremnot, Denny O’neil, Archie Goodwin, Alan Moore and even writers not related to the world of comics signed in, Harlan Edison and Stephen King.  Each one wrote one or two pages of the comic, always following the same argument. The cover was  in charge  of Arthur Adams and in the back cover was the talent of Jim Starling. In the list of pencillers we can find John Byrne, John Romita Jr, Richard Corben ( who had never worked for Marvel) , Frank Miller, Brian Bolland, Steve Rudd, Bill Sienkiewicz. The list goes on and on. 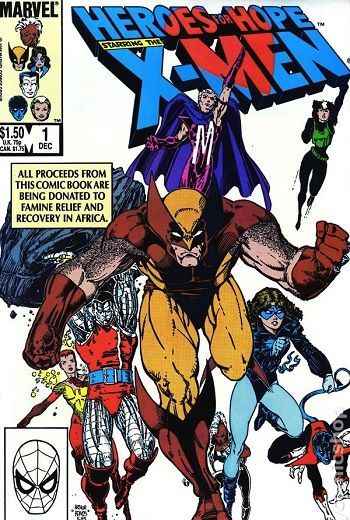 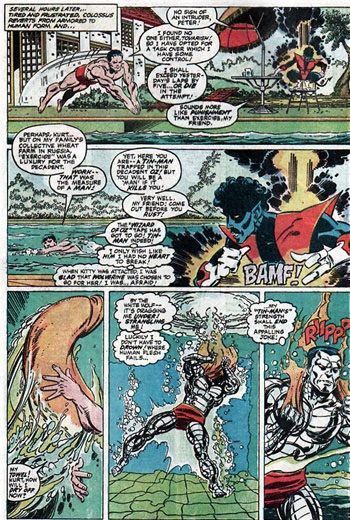 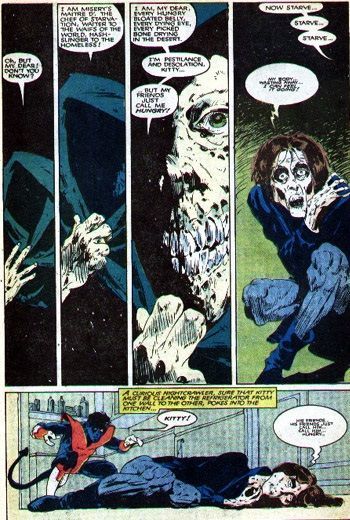 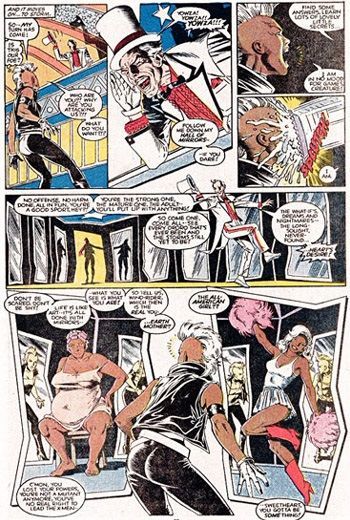 Regarding the story, the comic is unbalanced by obvious reasons. Many hands in the same story. I believe one of the most interesting points is to study how each illustrator faces the work and their differences. The plot is typical of Claremont, a threat that attacks the intimate weaknesses of the protagonist.

This publication was sold for $ 1.5 and all the earnings were donated to the American Friends Service Committee, following a disagreement with Oxfam America. ( Those interested in the story  can read the version Jim Shooter posted in his blog  ) Being a nonprofit edition, Marvel refused to sell rights outside the US, so the story was never translated to another language.  The initiative got an initial contribution of $500k, that would be something around 1,2 million of today. The final raised money is unknown. 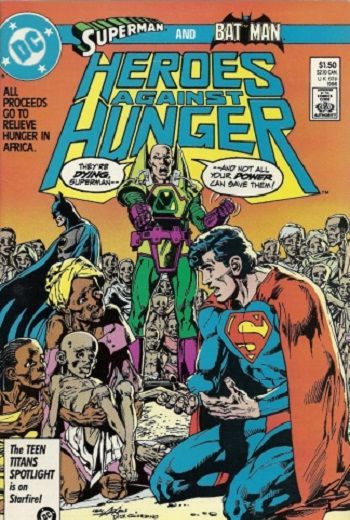 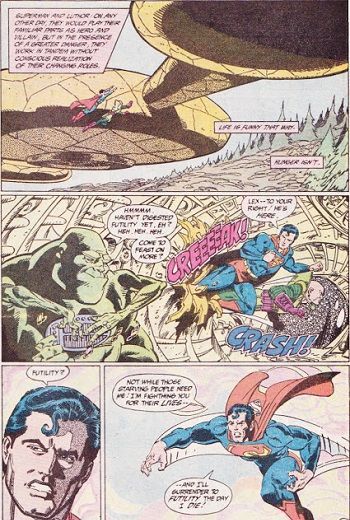 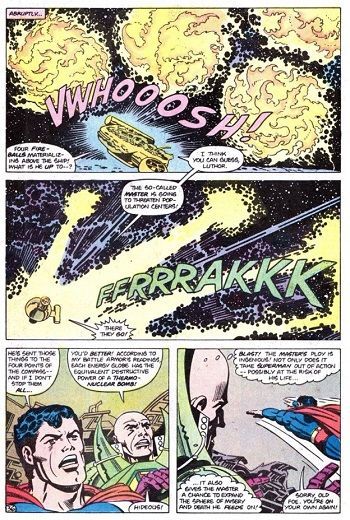 As you can see, they don’t have anything to envy Marvel. Both teams are superb! Nowadays, you can get both comics for less than 3 dollars each.

Marvel and DC would reunite their best for charity again but this time the fundraising would be for the Twin Towers Fund after the events of 9/11.  This will be covered in another article, as we have a lot to talk about it.