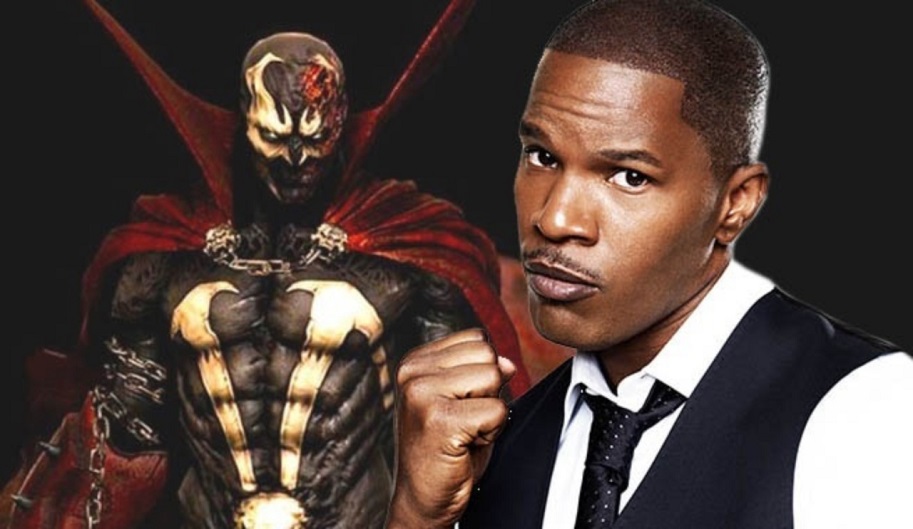 21 years passed since the forgotten (with just cause) premiere of Spawn, the successful anti-hero of hell created by Todd McFarlane.
The cartoonist and entrepreneur himself confirmed in the last hours that the prestigious actor Jamie Foxx (Collateral, Django Unchained, and Ray for which he won an Oscar) already signed a contract to star in not one but three films based on one of the pillars comics from the old editorial Image.

"Jamie came to my office five years ago, and he told me he had an idea about Spawn and we talked about it. I never forgot it, and when I was writing this script, which in a way connects people, he was the person who visualized and never let go. When I finished writing and I thought about which actor was going to star in the film, I told everyone that I was going to go first for Jamie until he says no or accepted. I do not want to think about anyone else because I've never had anyone else in my head. Fortunately, he had not forgotten it either, so I said, 'Hey, I've talked about Spawn again, and he had every intention of getting on the project,' McFarlane told the SuperheroHype site.

On the other hand, the producer Jasom Blum - head of the very successful producer Blumhouse (The hosts, Split and other great successes of the cinema of suspense and terror) - was very happy with Foxx's decision. "We are delighted that Jamie Foxx plays the lead role in our film adaptation of Spawn. He is an incredible actor and a big fan of the Spawn Universe that Todd McFarlane created. With the depth of his talent, Jamie can commit to the role and Todd put himself at the head of the project by bringing the world of Spawn to life. We could not be more impatient to see this movie, "Blum said in a press release.

So far, Foxx's only background in comic films is having been Elektro in The Amazing Spider-Man 2, although that may soon change.

The Spawn film that McFarlane has not only written but will also direct will be very different from the one in 1997, and will be aimed at the adult audience, so it is expected to obtain the "R" category, meaning that it would be even more infamous. that of Deadpool.

What is not promising is that the author said that he has a budget of "only" 12 million dollars, that is to say it would be something like a low budget film within the genre of superheroes; and that taking into account the amount of computer effects that requires rise some doubts among specialists.

So far, the best adaptation of the character was the wonderful animated series released in 1999 by HBO that left more than one surprised as it exceeded even the quality of stories presented in the original product.