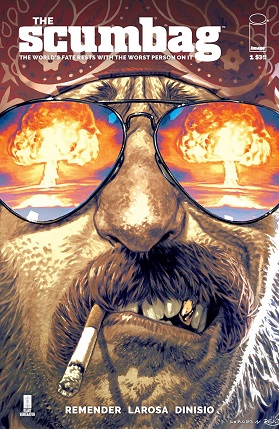 Rick Remender launches an all-new comedy espionage series, THE SCUMBAG-the story of Ernie Ray Clementine, a profane, illiterate, drug-addicted biker with a fifth-grade education. He's the only thing standing between us and total Armageddon because this dummy accidentally received a power-imbuing serum, making him the world's most powerful super spy.

This new ongoing series will feature a murderers' row of all-star artistic talent rotating each issue. 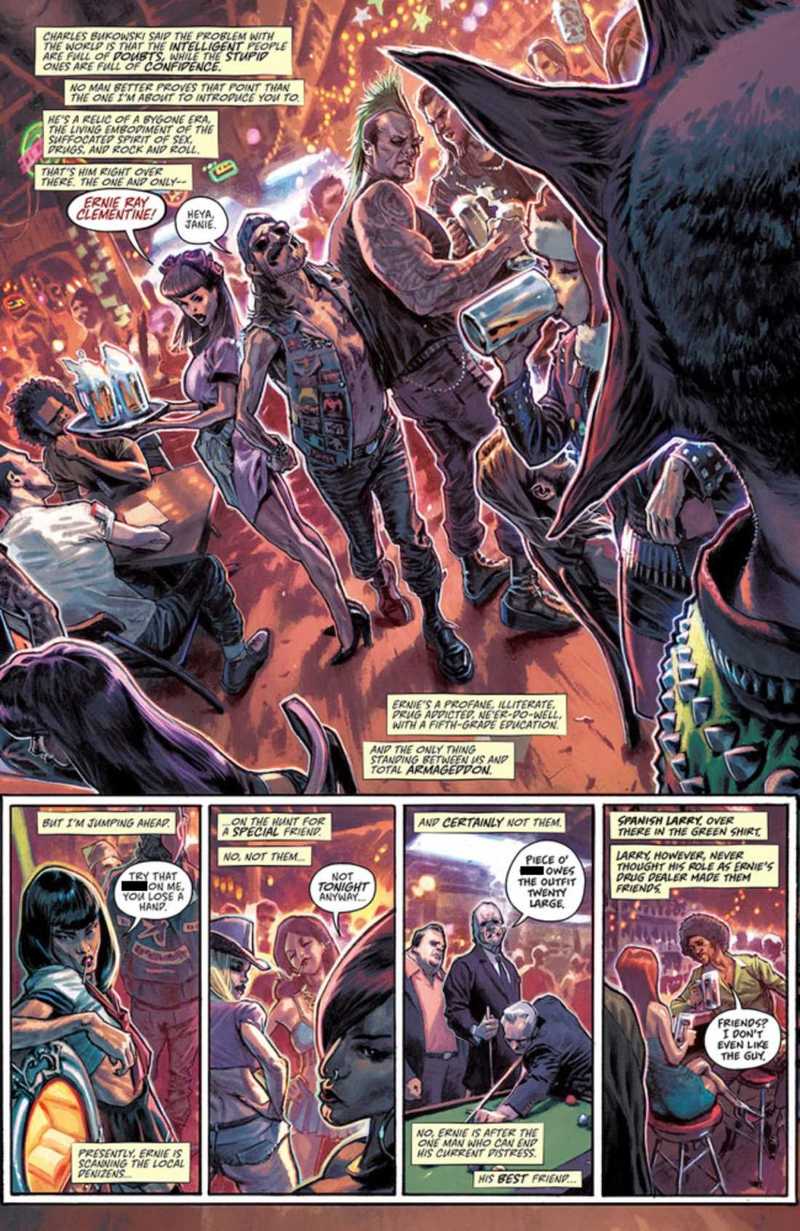 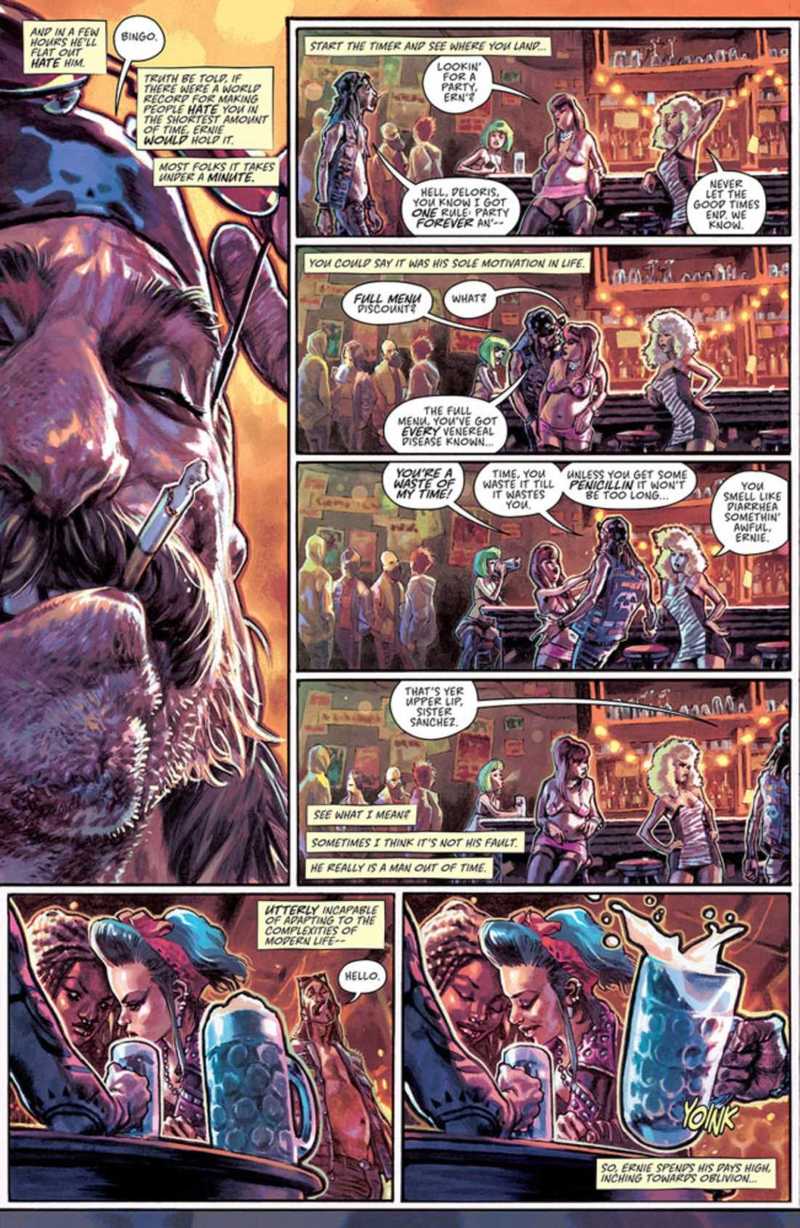 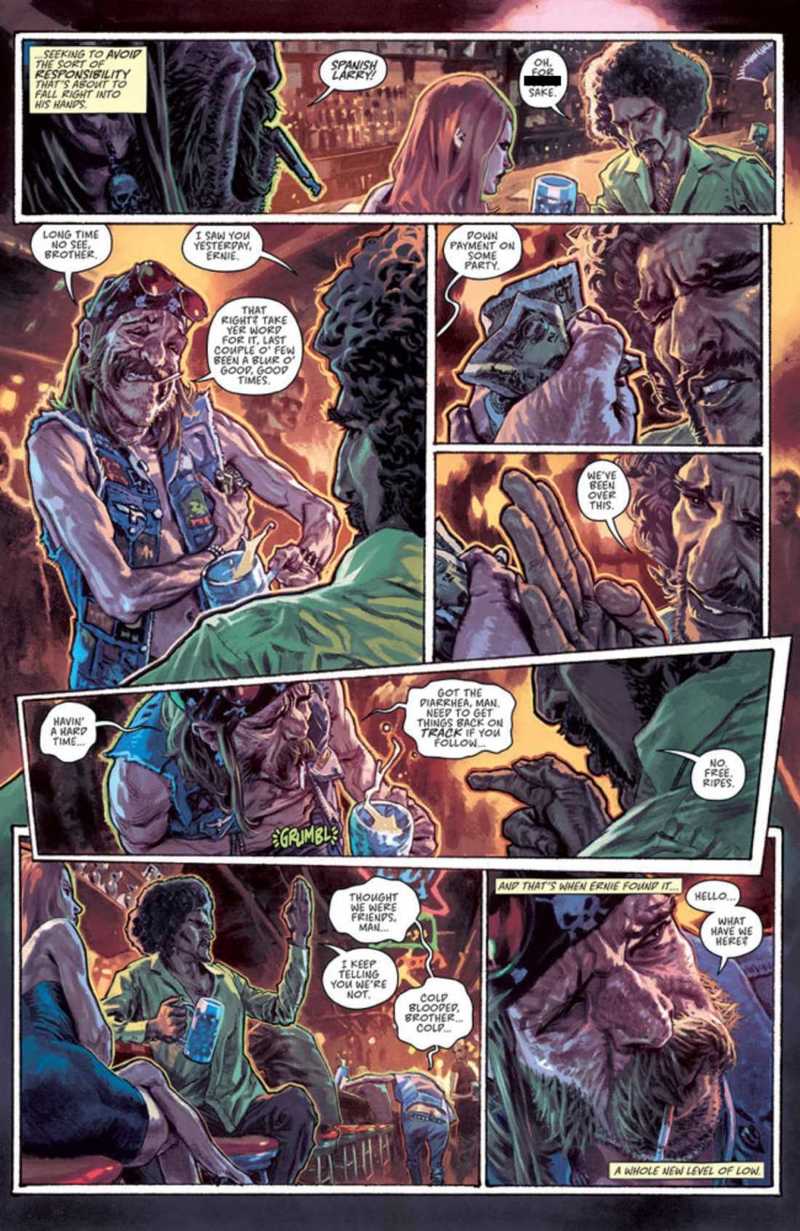