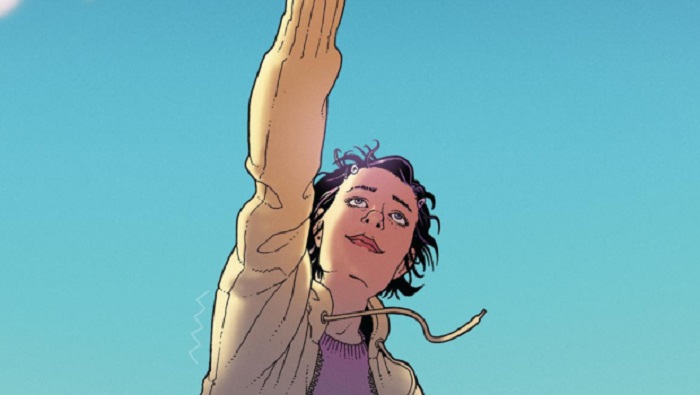 Dark Horse announces for July the number #1 of She Could Fly, a miniseries written by Christopher Cantwell (creator and showrunner of several TV series) and drawn by the great Argentine artist Martín Morazzo, who did a great job in a couple of fill-ins in Marvel and in a creator-owned project called Ice Cream Man, published by Image.

The first episode offers 32 pages of comics and places us in Chicago, where an unknown woman flies at 190 kilometers per hour, almost 700 meters high, then die in a sudden explosion, in mid air. No one knows who she was, how she could fly, or why. Luna, a slightly disturbed 15-year-old girl, becomes obsessed with the subject while rumors and conspiracy theories abound. Perhaps if he manages to decode the secrets of the Flying Woman, she will also find a way to get rid of the problems that inhabit her own mind.