Stan Lee is more important than you know. Find out why !

Six reasons why Stan Lee is Stan Lee beyond the co creation of characters. 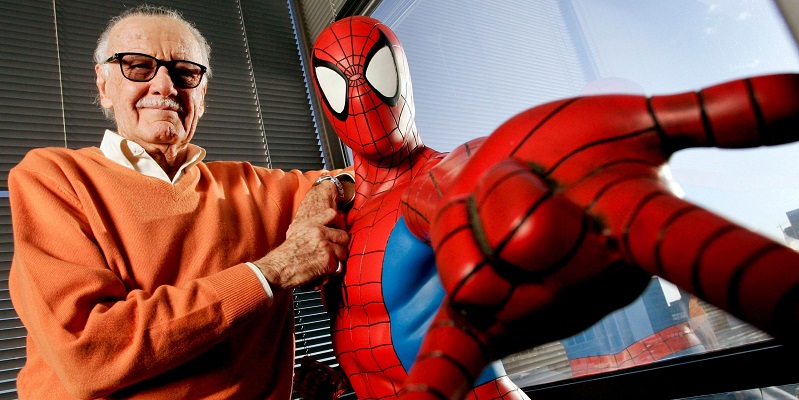 We compiled a list of reasons why Stan Lee is "The man" beyond the well known co creation of characters.

The success of the Fantastic Four saved Marvel and the FF wouldn’t have happened without Stan Lee and Jack Kirby. The art of Kirby is powerful, but it is fueled with the life of Stan Lee dialogues. Neither Jack or Stan had such a success in a comic than when they worked alone. They formed a creative force that saved marvel in the 60s.

Stan was the guarantee that Marvel wouldn’t vanish ( it had started a bankruptcy process)  when they were in the middle of selling their IP for movies and cartoon series. If it weren’t for Stan Lee and all the connections he had in California, Marvel wouldn’t be the billion company it is today.

Not only writer and penciller, but also letterer and colorist! Before Stan, it was hard to know who was behind each comic.
4   He renewed comics by giving each character a distinctive voice

If you read a dialog bubble of any FF issue without seeing the drawings, you would know if it is Sue, Reed, The Thing or Johnny. Before Stan, the dialogues of each super heroe were all the same.
5 Stan excelled as editor

Stan was a visionary that completely understood it’s era. He had the guts to publish the first comic about drugs without the approval of the Comic Code Authority. He understood there were new publishing channel and that he could defy the all mighty power of CCA. He also published a comic with a black hero as the main character in the cover. He didn’t stop there and named it Black Panther. In the 60’s. In the middle of the Black Panther Party turmoil.
6 He was the person that created the Marvel Universe

Not only because he co-created most of its characters but because he made them interact and live in the same city and universe.  It was mind blowing seeing for the first time Spider Man in a Fantastic Four magazine or The Thing fighting the Hulk! Suddenly, comics were richer, full of possibilities, you didn’t know when Spider Man could meet Daredevil or any other super heroe.