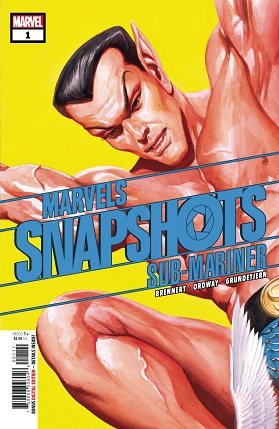 It begins here - a series of specials that show us Marvel's greatest characters from the Golden Age to today, all through the eyes of ordinary people!

Project curator Kurt Busiek (Marvels, Astro City) has brought together an amazing assemblage of talent to bring you a total of eight new and unusual viewpoints on Marvel history and Marvel heroes, two per month for the next four months.

To kick it all off, best-selling novelist and Emmy Award-winning TV writer Alan Brennert (L.A. LAW, TWILIGHT ZONE) and superstar artist Jerry Ordway (All-Star Squadron, Crisis on Infinite Earths) to tell a story of Marvel's debut superstar: Prince Namor, the Sub-Mariner. It's 1946, and the boys are back from World War II. But they haven't left the battlefields behind, as reporter Betty Dean discovers when she and Namor reunite for an outing at Palisades Park, only to find themselves under attack.  Also featuring the All-Winners Squad. A dramatic, unexpected and revealing tour through the Marvel Universe by a cornucopia of amazing creators.
Rated T+ 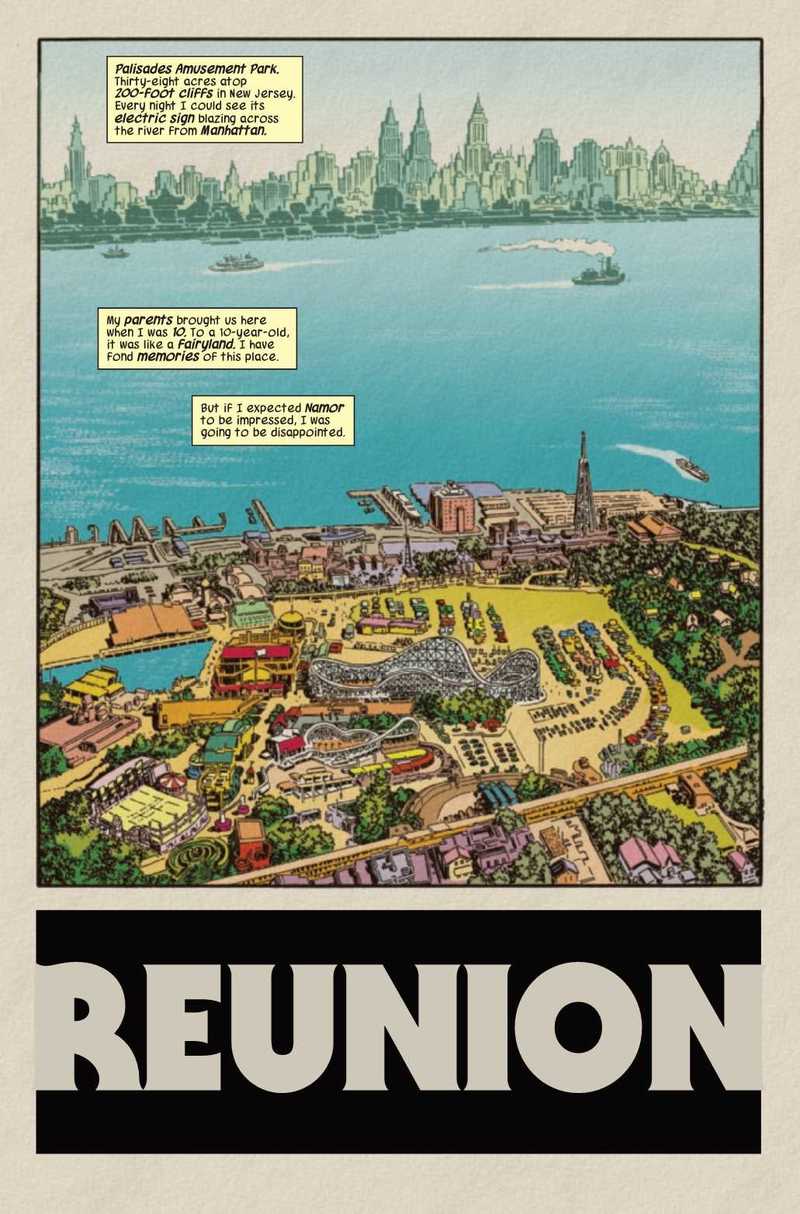 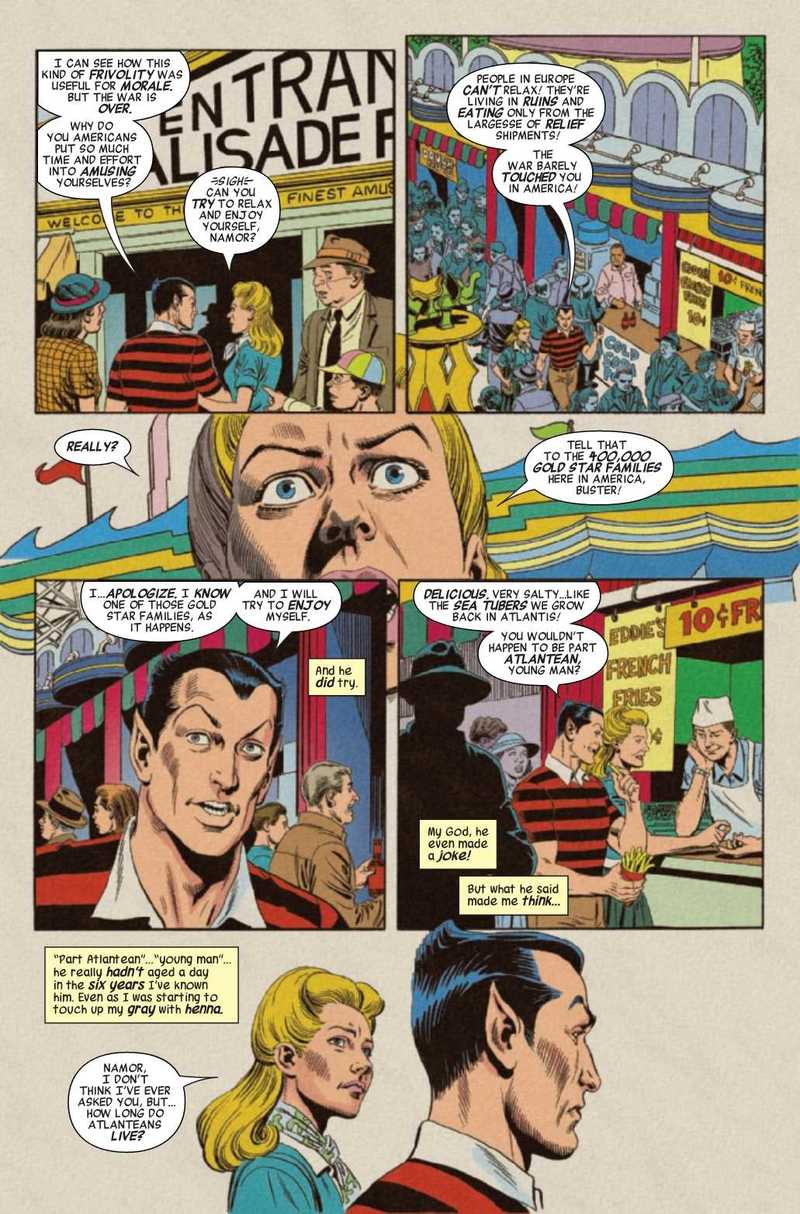 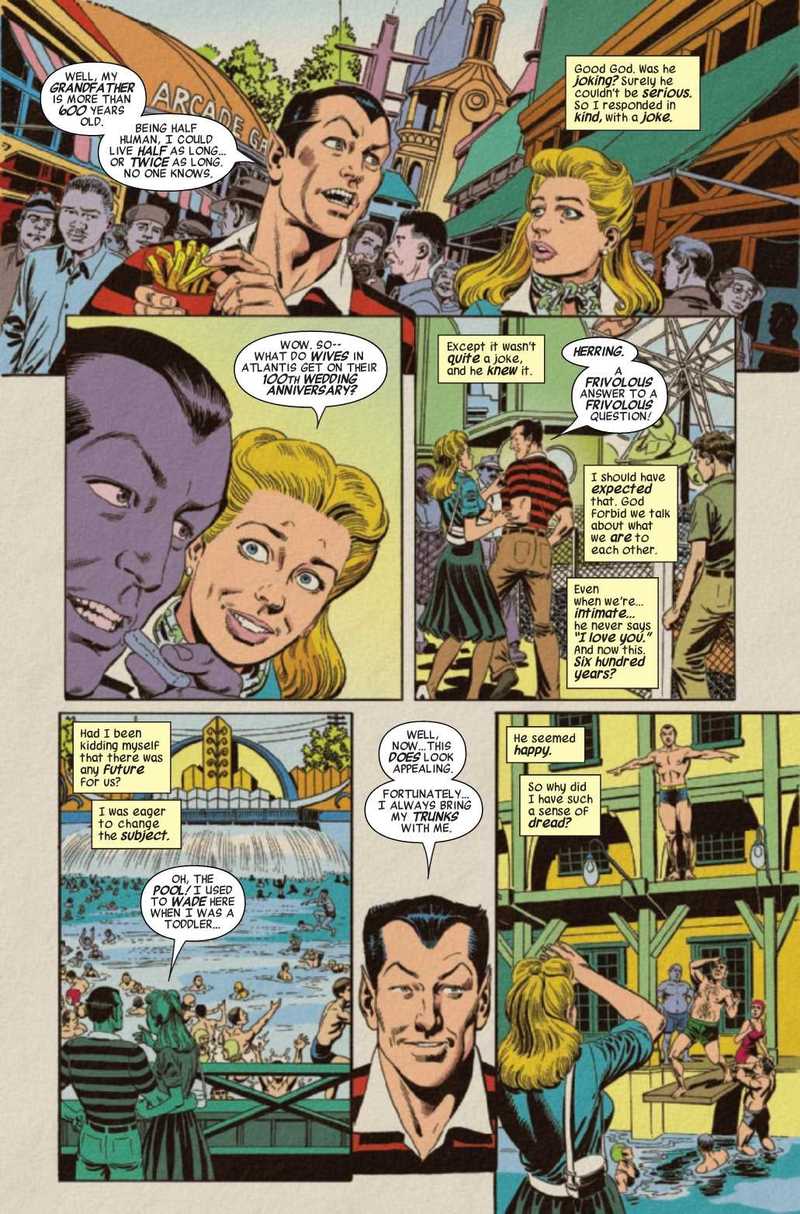 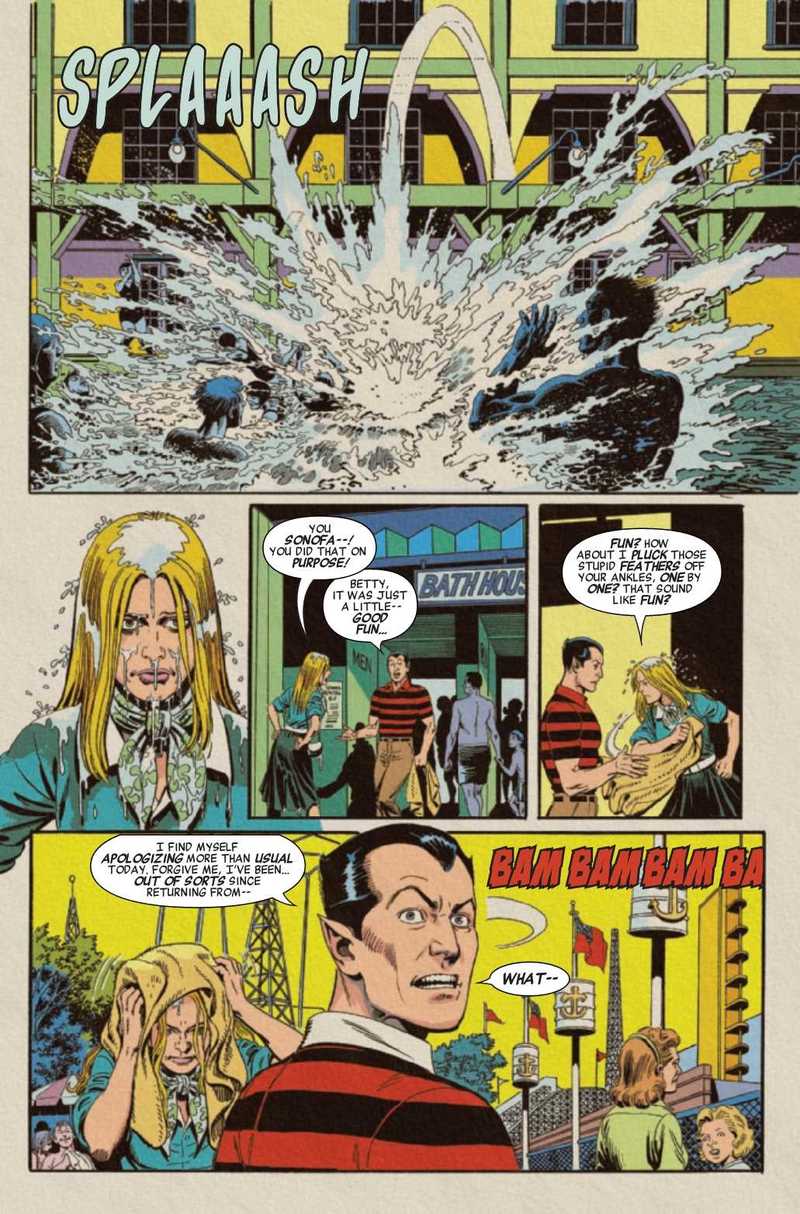