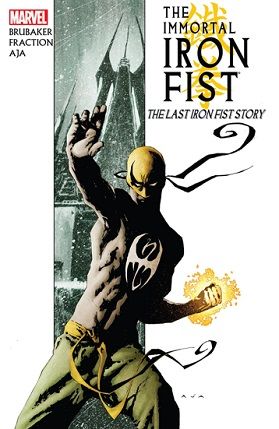 Iron Fist was created during the hype of the martial arts in the 70s by Roy Thomas and Gil Kane. It was a  minor character, with little audience following his stories. This changed when Ed Brubaker and Matt Fraction started in January 2007 the series Immortal Iron Fist.

As a brief introduction of who is Iron Fist, he is American character that accidentally arrives to a mystical oriental culture, learns their customs, dominates their arts and becomes their savior. The level of kung-Fu he has is almost a super power.

The complete series is collected in 2 massive TPBs of 496 pages each one. The first Volume, the one we are about to write about collects the first 16 issues of the regular series, written by Brubaker and Matt Fraction. Starting issue 17, the new team is Duane Swierczynsk and Travel Foreman.

Brubaker and Fraction managed to give to the Iron Fist a complete new focus, making Danny Rand a legacy hero. That is, Danny stopped being Iron Fist and became the Iron Fist of the current era, one of many Iron Fists that walked the earth. The Iron Fist is no longer just another man hitting criminals, now he is part of a legacy and mythology that always existed within the Marvel Universe, but we did not know. This opened a vast range of possibilities. We have shocking revelations about Danny's ancestors. We learn that there are 7 capital cities of Heaven. Once every 88 years, the seven cities intersect on the mystical plane to form a single city. Among the different celebrations, the most important is a Martial Arts Tournament where the champions of the seven cities face each other.

Brubaker and Fraction are two masters of this media and take us on a frenetic adventure. The series has a fast pace, jumping from one critical moment to the next without wasting time. Building a story that with each issue grows and expands, increasing the tension, becoming an epic saga. Among the main plots, we have a Hydra plan to destroy the seven cities and a revolution that will forever change the relationship between the different Iron Fist and the city of K'un Lun. The story has flashbacks to the lives of previous Iron Fist title holders, which allows us to see other characters in action, kicking their way out of problems at different moment in times, reinforcing the theme of the character's heroic legacy and giving the idea that this is only the most recent battle in the long history of these warriors. If this is not enough, we have the pleasure of seeing the full team of Power Man & Iron Fist: Luke Cage, Misty Knight and Coleen Wing.

The art is in charge of the Spanish artist David Ajá. He uses a dark outline, with great handling of the climates. The action scenes have incredible dynamism, the characters are always in motion and the fights flow in an easy to understand way. Being a monthly magazine, unfortunately Ajá cannot take over all the numbers and is replaced by different artists, with different luck. 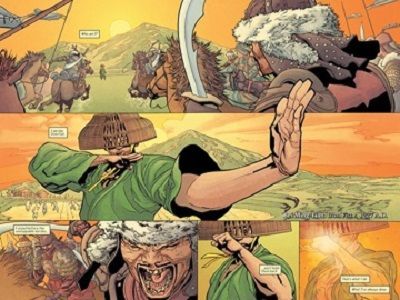 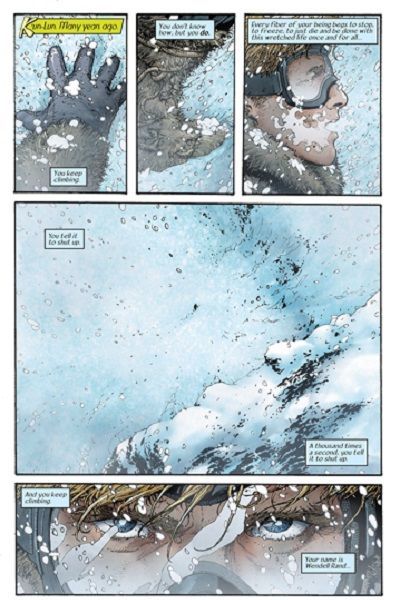 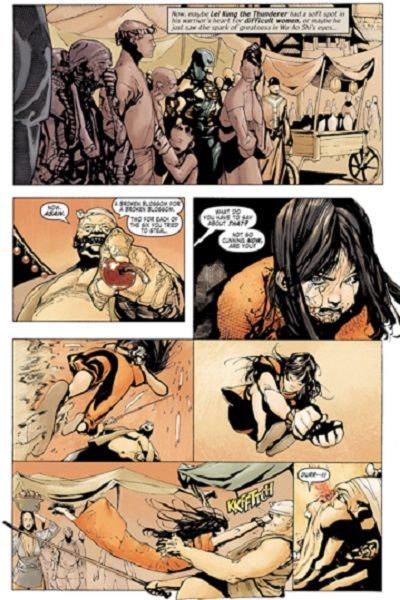 This TPB is a great gateway to meet Iron Fist, with a plot more than interesting and a superlative art.