The comic community remembers Stan Lee with kind words and lots of memories and images. 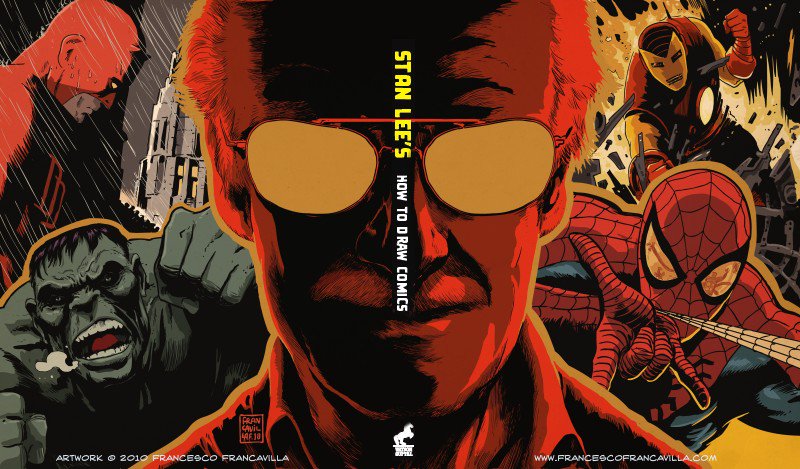 On November 12, at 95 years of age, Stan Lee died. The legendary screenwriter and editor who revolutionized popular culture by participating in the creation of Spider-Man, Hulk, Daredevil, the Fantastic Four, The X-Men and Dr. Strange.

We recently wrote an article on the importance of Stan Lee, but this time we want to stop in the messages of the comic community and stay with the warm memory of that old man who never lost the cordiality in dealing with fans.

Comic book creator @TheRealStanLee has passed away at the age of 95. Lee served in the #USArmy Signal Corps during WWII from 1942-1945. We are deeply grateful for his service to our country and for his tremendous support to servicemembers. #Excelsior! pic.twitter.com/P9tdwoxxx2

I know some would call today a rough day, but my feed has been nothing but smiles and stories and memorials to a long life well lived and a soul that touched millions and changed lives. That’s the raddest thing I can think of. #StanLee

#StanLee reminds us all the impact a creative person can have on this world. #respect #StanLeeRIP #Marvel pic.twitter.com/WlcS4xtZ75

The X-Men taught me that everything would be alright if I surrounded myself with other weirdos. Excelsior, Stan Lee. May you Rest In Peace. pic.twitter.com/c9N0Itzveo

Stan Lee was an icon and for many people, the face of comic books. His passing brings great sadness, but I take solace in knowing that what my grandfather, Stan and so many others like them gave us, will continue to inspire both young and old across the globe! RIP Stan. pic.twitter.com/b41IRBU3lY

Stan Lee left this universe today. At 95 in our Earth years.
This painting is based on a photo of Stan & I. He has his arm around me in the photo and we had just been discussing writing Daredevil. It's a sentimental moment for me.
I wrote more here: https://t.co/YgQF9SXxsH pic.twitter.com/LOkFgc75Fh

I love you, @TheRealStanLee. Rest in peace. Grateful for your many collaborations & your immeasurable kindness. What an amazing life. pic.twitter.com/adO8NKI0hJ

If Marvel hadn't transformed the industry, there's a very good chance I would have left comics behind in junior high and never considered writing them. I'm sure there are hundreds of creators who would say something similar. You simply can't underestimate the impact Stan had.

This arrived at Marvel not long after I began working on Thor in 1983. I was amazed Stan even knew who I was. It was a generous and surprisingly personal gesture on his part. Hangs on the wall of my studio, a reminder to try to do good work. Thank you, Stan. Excelsior, indeed. pic.twitter.com/9tkoBKU1Bx

"There will never be anyone comparable to Stan Lee in American comics. A legend whose work endures 60 years later, but most importantly to those who met him, he was a genuinely nice man. We will all miss him." #excelsior
--Mike Richardson, Publisher, Dark Horse Comics pic.twitter.com/1zdTdW87GQ

Today we didn't only lose a legend, we lost THE CREATOR.
So long, Stan, EXCELSIOR! pic.twitter.com/BRVdIUUsEz

STAN LEE died a little while ago! We should all have been prepping for the eventuality, but it's still no less a shock to the cultural universe—especially to me because he was my mentor and we've stayed in touch more than 50 years! It's the END OF AN ERA! RIP, my old friend!!!

An article I wrote about Stan. https://t.co/qJg7komWg0

I guess I'm supposed to be sad that Stan Lee has died, and I am, but I'm mostly smiling, thinking about what a kickass 95 years that was.

Rest in Peace, Mister Lee, you earned it.