The history of Vertigo, the imprint that would change the entire industry.

Before jumping into Vertigo we need to understand what was happening in the comic industry.  Marvel was going through one of his worst moments, when Todd McFarlane, Jim Lee, Rob Liefield, Marc Silvestri, Eric Larsen and Jim Valentino (top Marvel artists) created Image Comics in an event that would be called "bloody Christmas" in Dec 1991. In the opposite street, DC was having a great success with the Death of Superman, an event that surpassed any expectations in sales.

Now, let's go the year 1992. Dick Giordano, executive editor at DC, left his position, which would be filled by Archie Goodwin, Denny O'Neil, Mike Carlin, Andy Helfer and Karen Berger. Berger was Len Wein's assistant back in the early '80s, when the creator of Swamp Thing began to bring in English talent such as Alan Moore, Dave Gibbons and Brian Bolland. After her promotion to editor, she would be in charge of six titles that had their roots in the superhero genre, but that moved away more and more from that aesthetic and that theme, in search of a more adult and less conventional profile. With varying degrees of success, of course. Of those six titles, Sandman sold very well, Hellblazer and Doom Patrol sold okey, and Swamp Thing, Animal Man and Shade the Changing Man were always among the publishers' less-sold titles. These titles were acclaimed by the critics but the sales did not follow the same path.

In addition to these titles, something extraordinary happened that would nurture the new label with new exciting comics. We are talking about Disney. Yes, at that time Disney did not own Marvel and created it's own label called Touchstone comics. Their idea was to have risky and innovative comics, 100% controlled by their owners. For doing so, Disney hired Art Young, the assistan of Karen Berger. However, soon after the release of the Touchmark Comics appeared, Disney executives decided that they were no longer interested in generating comics for adults and canceled the whole thing.

Art Young, moved quickly and called her former boss, Karen Berger, to try to save the projects  he had, some were even finished already. Berger had no doubts. He met with the editors in chief, Paul Levitz and Jenette Khan, and presented a plan for a year. She wanted to have control of his own label to differentiate the comics from DC common roster. Then she hired Art Young and stablished a British office so they could work closely with the British artists.

If you happened to be at San Diego Comic Con in 1992, Karen would ask you to vote between two different names for the name of the new imprint. The name, "DC / Vertigo"

January 1993, Vertigo was released with six titles 100% in control of it's creators, with original concepts for adults. 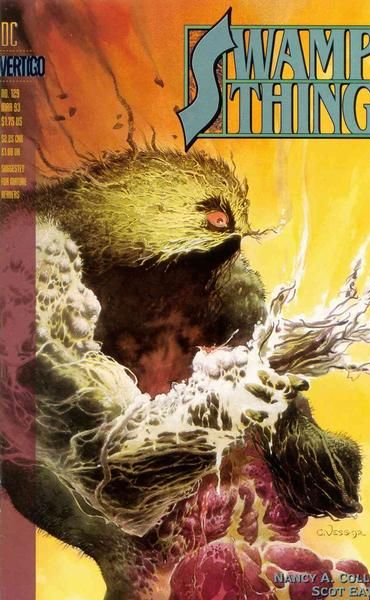 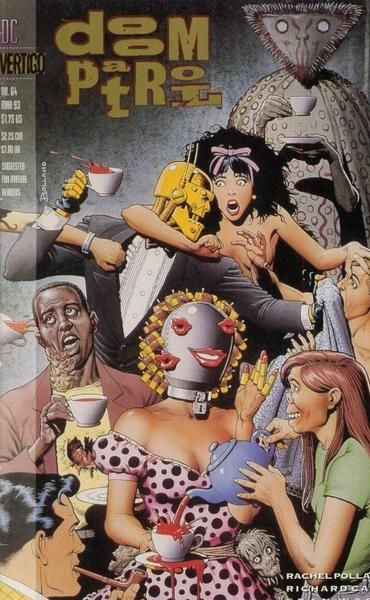 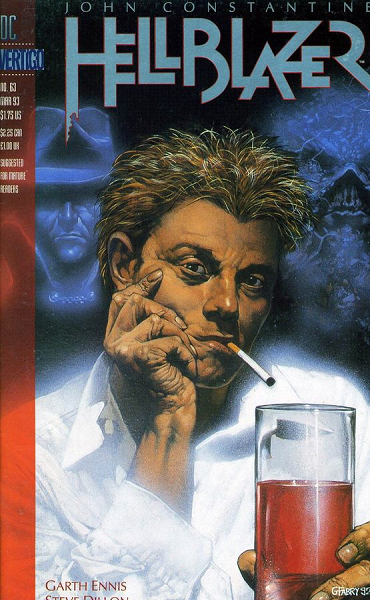 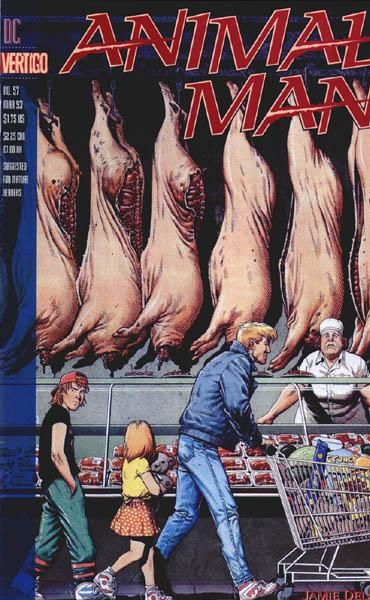 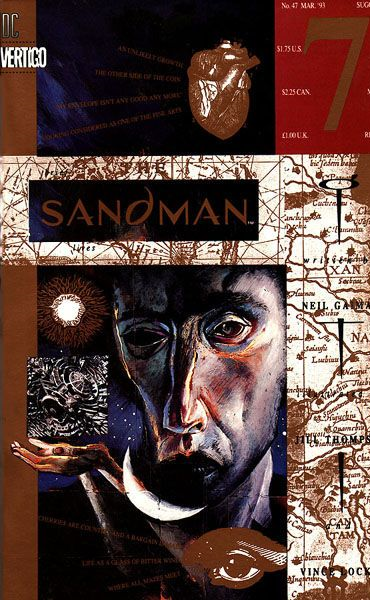 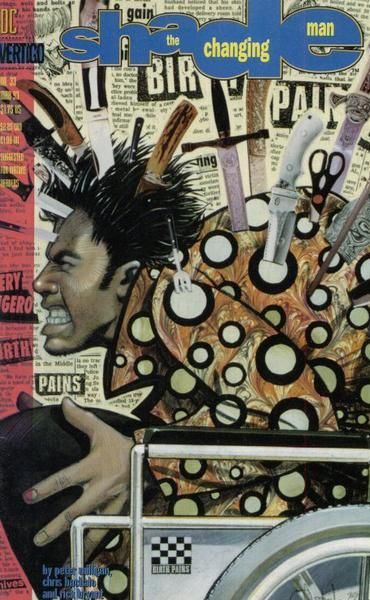 Three new projects are added to this initial six titles, that take the characters from DCU and to give them a different twist, in tune with the Vertigo imprint.

The most successful turned out to be Sandman Mystery Theater, which might relate to Gaiman's Sandman, but had nothing to do with it. Basically, It was a noir police series, set in the late '30s (the dawn of the era of superheroes). Starred by Wesley Dodds, the Sandman of the Golden Age, who appeared from time to time in the comics of the Justice Society. Matt Wagner would be the artist behind these sordid and urban stories, supported by the drawings of the wonderful Guy Davis, in his first work for a large publisher.

Another character touched by Gaiman's magic wand was Black Orchid, a dark heroine with little use since the early '70s, but protagonist of a beautiful mini-series written by Gainman and drawn by Dave McKean. Black Orchid received got its own monthly series, which was in charge of Dick Foreman and Jill Thompson. It lasted 22 episodes.

And the third regular new series was Kid Eternity, another old and dusty concept, that had been lost among DC archives, until it was completely relaunched by Grant Morrison and Duncan Fegredo, in a miniseries, that he did not receive the attention it deserved.  In the regular series, the scripts were in charge of Ann Nocenti and the drawings by a young Sean Phillips. The sales never accompanied and it only lasted 16 episodes. 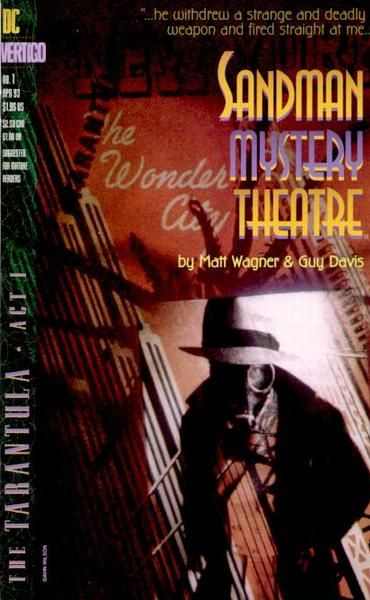 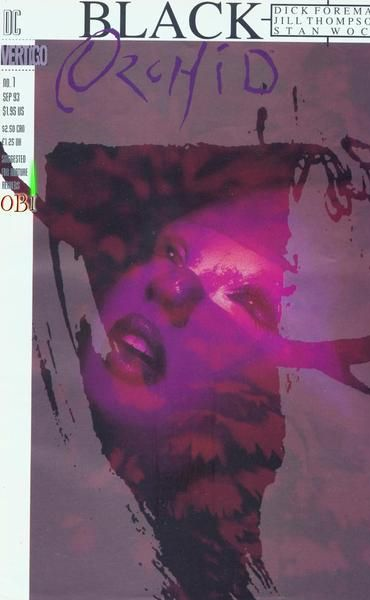 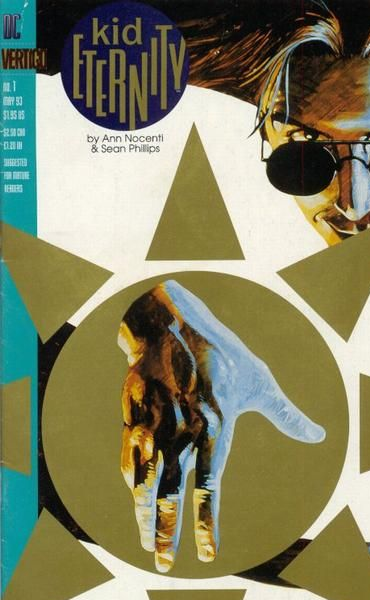 During 1993 and 1994, Vertigo added several more proposals in terms of formats and contents: one-shots, graphic novels and even anthologies composed of 100% unpublished material . This was the story of how Vertigo was created, now is time to go deeper and review the most important and iconic series that Vertigo published in over 25 years.

Check out The Complete introduction to Fables!

Check out The Complete introduction to 100 Bullets!

Check out The Complete introduction to Animal Man!

Check out The Complete introduction to Sandman!

Stay tunned for the reviews!