With Doom Patrol in a hiatus, the rest of the titles of the line lead by Gerard Way comes to an end in August. 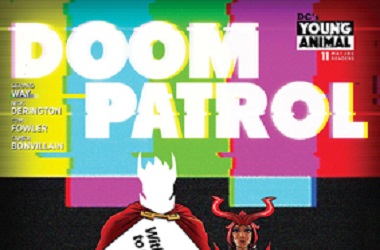 As always, good last doesn't last. Less than two years ago DC announced the creation of the line Young Animal. Now, the announced the end of it in August.

In fact, he confirmed that Doom Patrol ( the series he writes, drawn by Nick Derington) is going to come back, as soon as they catch up with the deliveries where they had a brutal delay.

"Young animal is over", Way said. “We are going to have more news when Doom Patrol comes back”.