DC comics continues the celebration of their heroes and villains! Now is time of Catwoman in a 100 pages spectacular comic book! 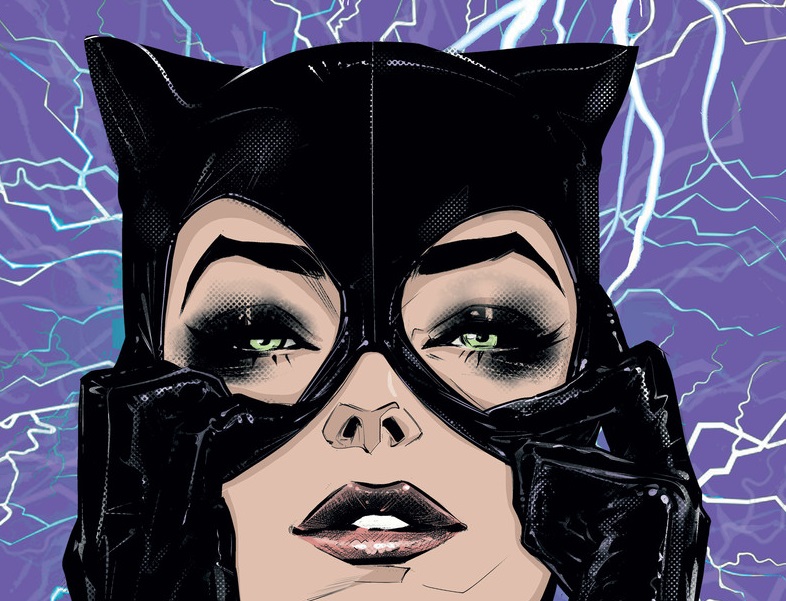 Since the character first appeared alongside Batman in 1940’s Batman #1, Catwoman has become an icon to millions of comic book fans.

Catwoman is turning 80 next year, and DC is celebrating with nothing less than with a huge soiree, invite only, packed with creators who mean the most to her and to whom she means the most!
Stories featured in this 100-page spectacular include a tail-sorry, tale-that takes place at the end of the Brubaker/Stewart Catwoman run, in honor of artist Darwyn Cooke.
Plus, Catwoman is caught by an exotic cat collector, runs into a wannabe thief trying to prove himself as her apprentice, encounters a mystery involving memorabilia from alternate continuities, and of course some Bat/Cat fun! 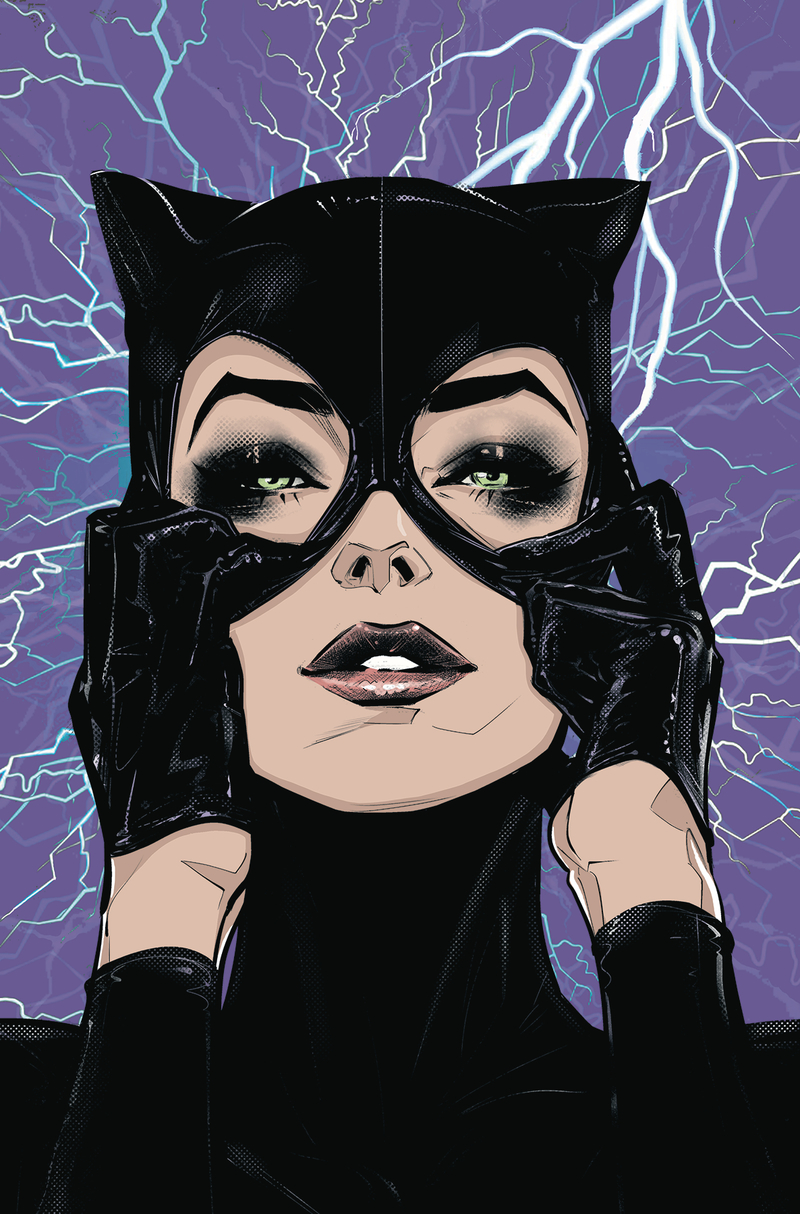 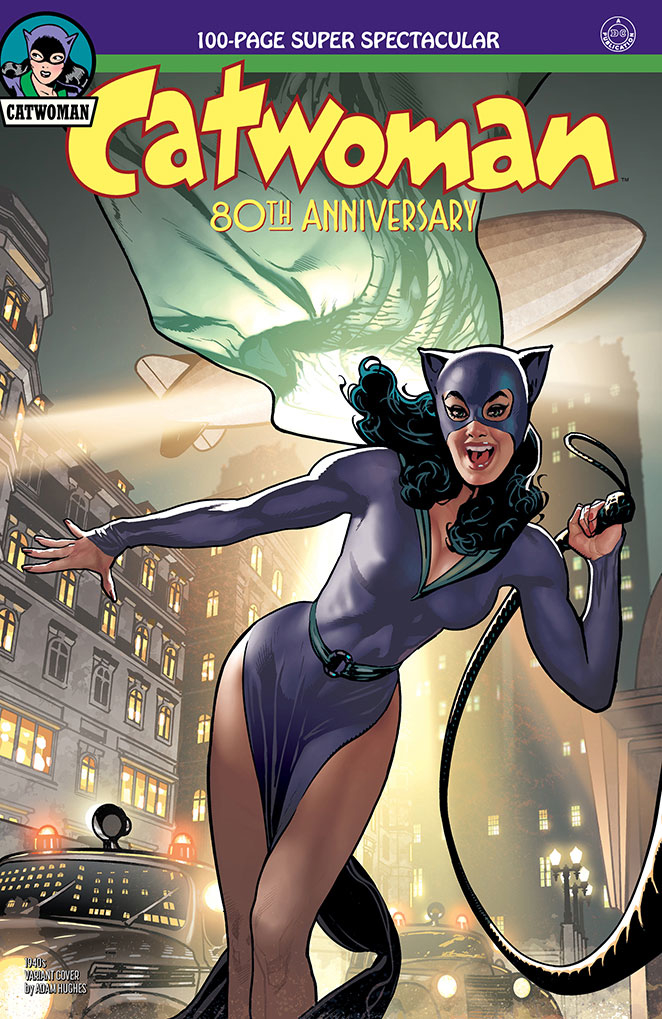 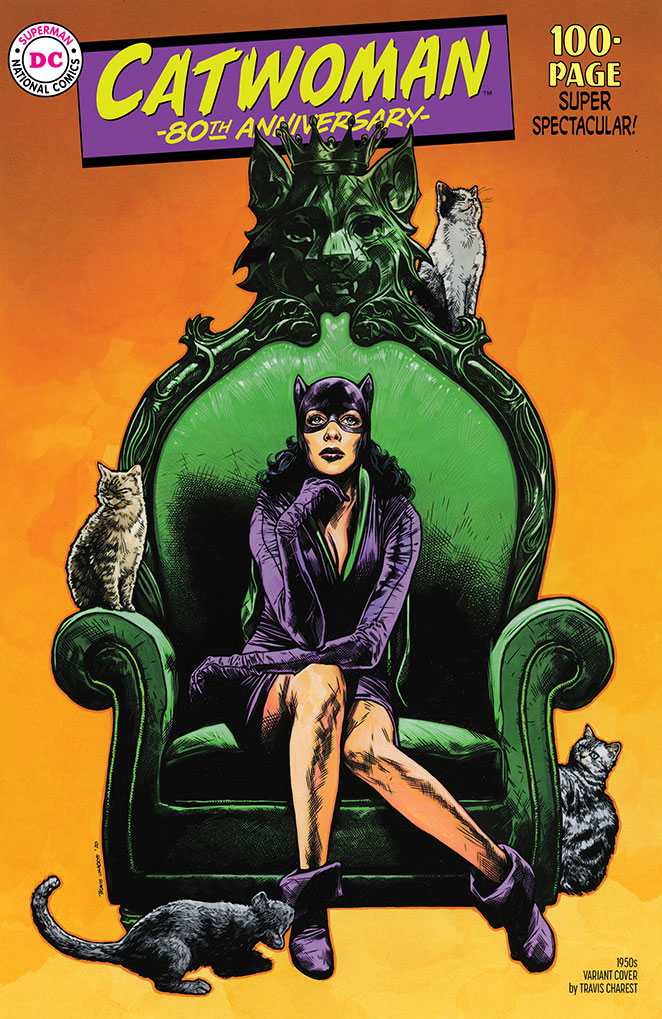 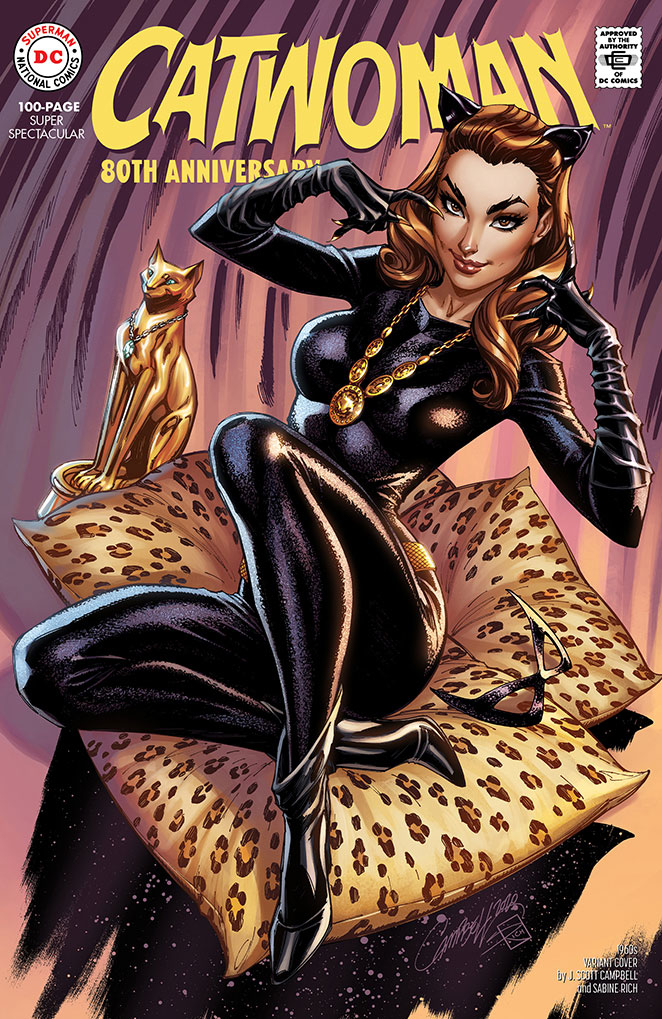 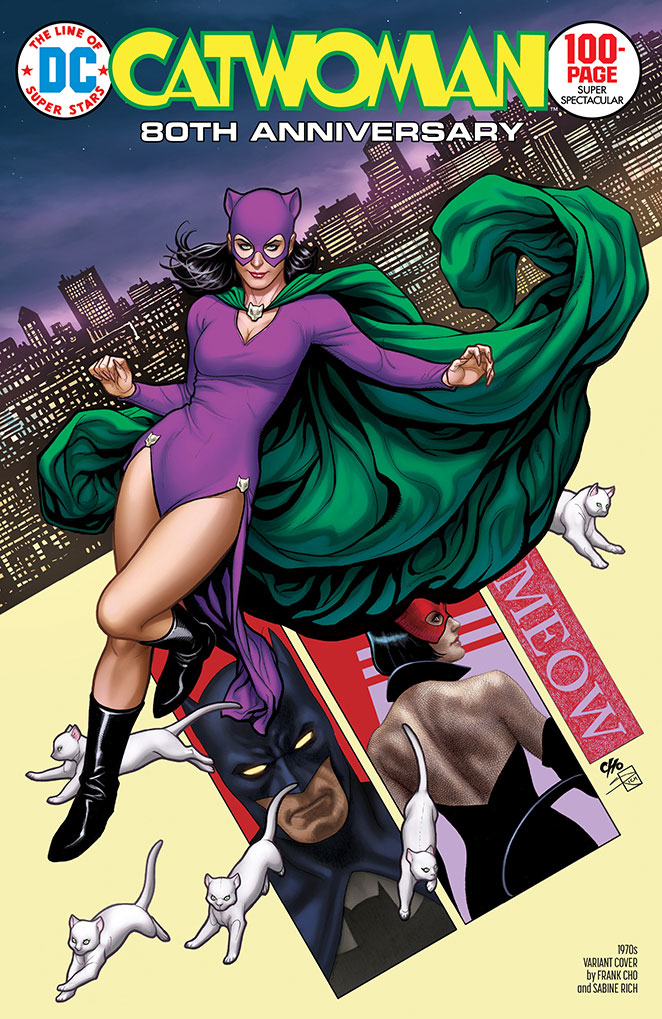 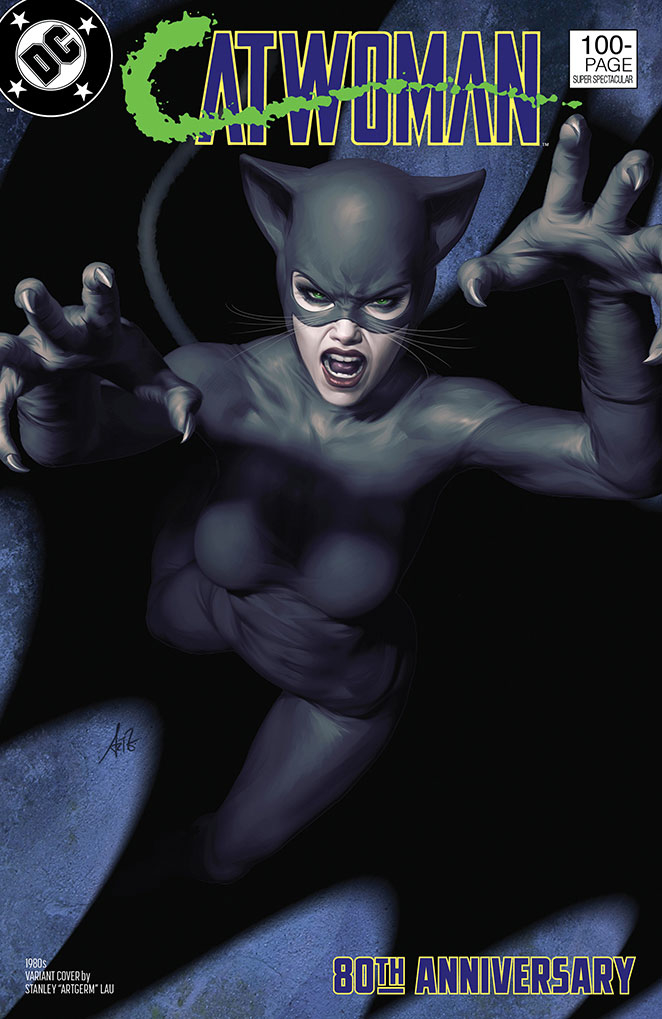 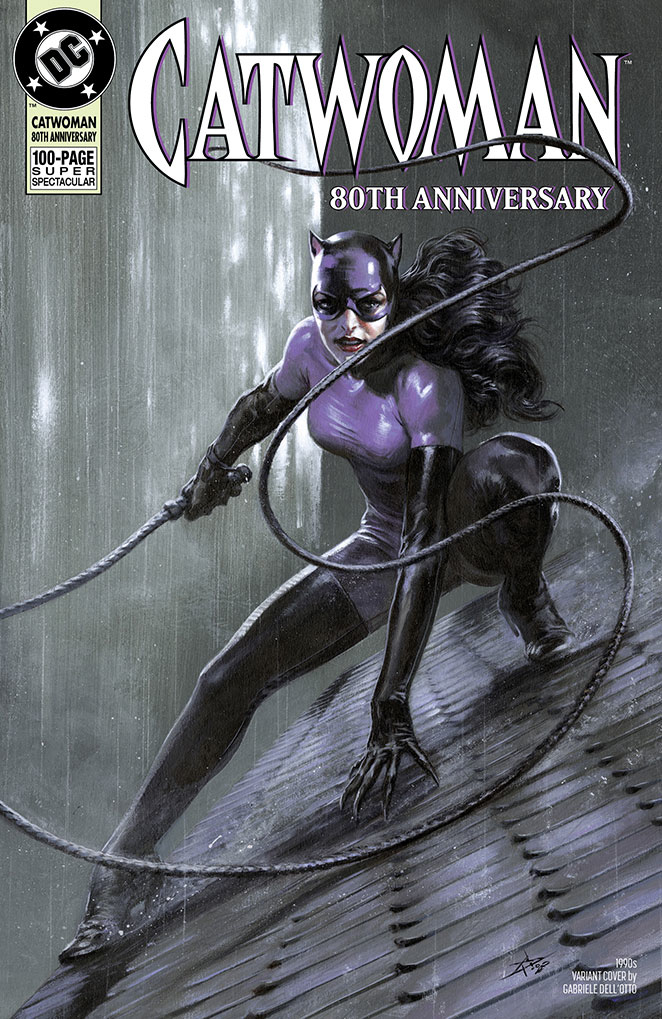 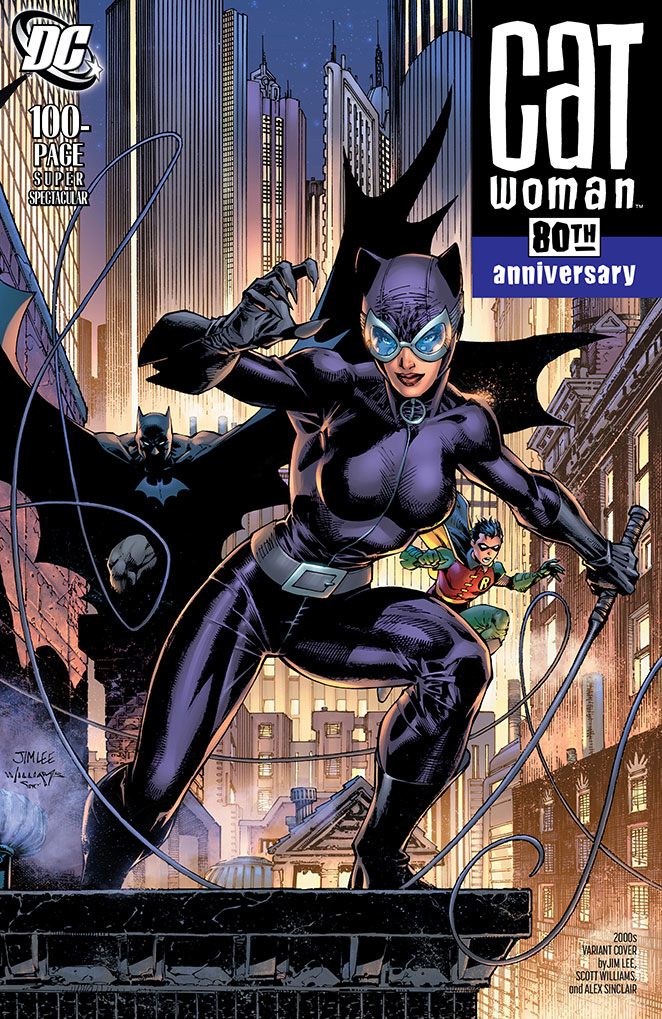 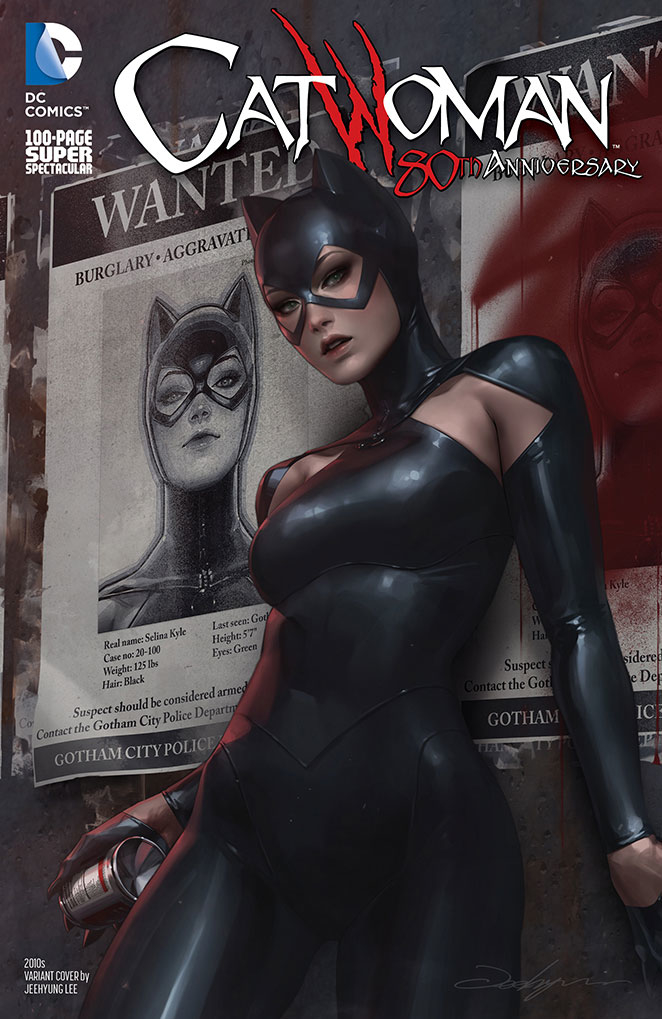